ALBANY: STUNNING COASTAL BEAUTY AND FASCINATING HISTORY ALL IN ONE

The town was originally founded on December 26, 1826 as a military outpost of New South Wales and the town has been at the centre of fascinating history ever since.

In fact, present day Albany is the same place where Major Edmund Lockyer formally took possession of the western third of the Australian continent for the British.

During the final decade of the 19th century, Albany served as the gateway to the Eastern Goldfields and for many years, it was the colony’s only deep water port, making it an important place for shipping between the colony and Britain.

However, when the port was opened at Fremantle in 1897, Albany’s importance as a shipping town diminished significantly.

Now, the town is a popular tourist destination and serves as a well-regarded home base for visitors to tour the southwestern part of the country.

The town bordered by beautiful beaches and seas and offers a variety of natural attractions.

Albany: What to Do

The  region sits at the southern end of the famous Bibbulmun Track.

As such, it is a great destination if you are hoping to walk all, or even just a part, of the Bibbulmun.

The town is perched on Princess Royal Harbour, right on King George Sound, which gives Albany a uniquely beautiful cityscape.

Visitors can enjoy stunning ocean views from Torndirrup National Park, just outside of town.  Here, visitors can wak up to the stop of Stony Hill for views looking over Albany to the sea beyond.

From here, visitors can also see as far north as the Stirling Range National Park.

In addition to the jagged granite coastline, which was once a part of Antarctica, visitors can also enjoy wind-weathered rock formations, such as the Natural Bridge and the Gap, which sits above a 24 metre ocean drop.

If you want more wonderful views, take a trip to the top of Mt. Clarence and Mt. Melville, which sit on either side of the town.

If you are looking for some beach fun, Albany can offer that as well.  Middleton Beach is well sheltered from the rough ocean waters and as such, is a great spot for swimming, snorkeling, or just relaxing.  It also offers a scenic boardwalk that is great for just strolling along.

Not far from Middleton Beach is Emu Point, which is a great spot for feeding pelicans, a picnic, or a relaxed lunch at the restaurant located at the point.

If you are willing to go a little offshore, the sea right off Albany offers wonderful fishing.  Whether you just cast a line from the beach, or charter a fishing boat, you can expect to catch something, with salmon, herring, King George whiting, pilchard, leatherjacket, tuna, snapper, and shark all particularly common in the area.

The area around the shipwrecked HMAS Perth is an excellent fishing spot as there are a variety of colorful fish that call the ship home.  If you are interested in scuba diving, the HMAS Perth is also a wonderful dive site.

If you visit the south of WA  between May and October you are likely to see the migrating southern right and humpback whales that pass through the area.

You can spot them from the beaches.  However, the headlands can offer a wider perspective.  If you really want to get up close, you can book a whale-watching cruise.

From July, you can even see the calves along with the fully-grown whales alongside sea lions, dolphins, and a variety of sea birds.

There are also a variety of historical attractions in Albany, including a replica of the Brig Amity, which was the ship that 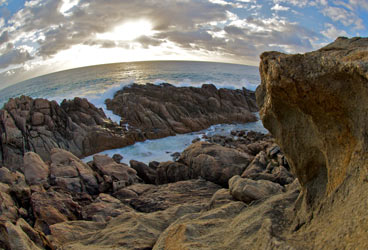 brought the first settlers and convicts to Western Australia.

Visitors can also learn about the early history of settlers in the region, including Major Lockyer, who played a major role in establishing peaceful relations between the settlers and the native Aboriginal people to the area, on the Amity Trail, which passes through old convict jails, taverns, whaling ships, and settlers’ cottages.

Albany; Where to Stay

Albany has no shortage of accommodation for those visiting the town.

There are a variety of options including hotels, motels, bed and breakfasts, campgrounds, hostels, and a number of self-contained options, including apartments, houses, and cottages.

There are even farmstays if you really want a rustic experience.  No matter your budget or taste, there is something for you in Albany.

The quickest way to get to Albany is to fly.  Regional Express flies daily to and from Albany to Perth.  The airport is located 11 kilometres north of the town.

If you are driving, Albany is a 4.5 hour drive from Perth straight down the Albany highway.

There is also coach service to Albany.  TransWA operates daily services between Albany and Perth.  The coach ride usually takes about 6 hours and is via Williams, Gnowangerup, or Bunbury.

END_OF_DOCUMENT_TOKEN_TO_BE_REPLACED 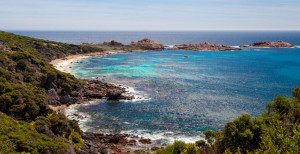 ALBANY: STUNNING COASTAL BEAUTY AND FASCINATING HISTORY ALL IN ONE