Australian proud capital is place holding all history. Created as a compromise to solve the long-standing rivalry between Sydney and Melbourne, Canberra plays high on architecture and symbolism reminiscing the colourful past.

of the Australian Capital Territory. The population is around 380 000 people.

Thanks to the amount of natural vegetation, Canberra is often times also called the “bush capital”. The city’s surrounding is formed mostly by native bushland and parkland.

Canberra is an important centre of Australian government. One of the main sites is the important Parliament House as government’s seat and other important buildings include various cultural and social institutions such as the Australian War Memorial, National Gallery of Australia, Australian National University, Royal Australian Mint, National Library or National Musem, which are all of national importance.

Most of them are also open to public. Canberra is also a place for training of the Australian army which is trained at the Royal Military College and the Australian Defence Force Academy.

Some of the favourite sports with teams competent  on national level include rugby (Canberra Stadium is the main and also the largest sport stadium), women’s association football, netball, cricket or field hockey.

The Australian War memorial Combination of a shrine, excellent military museum and a  comprehensive Research Centre/archive at once makes The Australian War Memorial an outstanding tribute to all Australians who died during wars in which Australian Commonwealth was involved.

The purpose is to remind Australian society the impact of war experience. The entrance is accessible from the ANZAC parade, which is a boulevard decorated by monumental sculptures and statues, leading up to the Memorial itself.

Purpose of this multiple times extended art gallery is to raise national understanding of the visual arts as well as to simply display a collection of finest Australian artwork.

about the nation’s future.

The building is open for public almost every day apart from Christmas and is located in the heart of the city on the top of the Capital Hill.

Parliament house serves not only as a working environment for parliament’s member but also as a favourite tourist attraction thanks to its art collection, original architecture and accessibility of different parts of the building as well as historic documents including the Magna Carta.

Initially built only as a permanent parliament house, it served for this purpose between 1927-88, right after the new capital of Canberra was established.

This national icon nowadays finds its purpose in hosting various exhibitions, conferences and events and is being home to the Museum of Australian Democracy.

The Old Parliament is preserved as a symbol of Australia’s political heritage.

The National Museum of Canberra:

Beautifully designed modern building of the National Museum in Canberra is situated on the Acton Peninsula surrounded by the Lake Burley Griffin.

The main focus of this museum is on Australian and especially Indigenous history and culture and further on the history of European settlement on the continent and is proud to be home to the largest Aboriginal stone tools and bark paintings.

Inspiration for the building’s architecture was a jigsaw puzzle and knotted ropes which shall symbolize different stories of Australians put together.

It offers 360 degree panoramic view over the Australian capital city from its observation deck and two viewing platforms.

Visitors can also enjoy their coffee or buy souvenirs at the fifth level by Panorama Kiosk or the Conference Centre.

Part of the tower is dedicated to the Telstra Heritage Exhibition showing the history of Australian telecommunication.

The Royal Australian Mint: Have you ever wondered where all the gleaming round wonders are made?

Canberra’s true jewel is a place where all Australian coinage is minted.

The Royal Australian Mint is a sole producer of coins and other product such as medals, tokens or medallions also for private clients since 1966.

The coin production factory is offering an interesting insight into the whole process. The National Mint Collection offers some of the rarest and most valuable pieces and every visitor can even mint their own collectable one dollar coin.

The main hall can fit up to 200 people in cabaret style or up to 900 people in standing style and thanks to its great technical equipment is a perfect place for different cultural or community functions as well as private functions and performances.

The hall has been open since 1928 and belongs to Australian Heritage Places.

All Saints Church: This architectural masterpiece with great history was erected in 1958 initially as part of the first Mortuary

Interesting fact is, that the whole station was dismantled while the stonework was transported to Canberra and rebuilt stone by stone again. The Anglican Church’s assets are its stained glass decoration and rare pipe organ which are part of the heritage.

It is the foundation stone of parliamentary government. The copy of Magna Carta is being displayed in the nearby Parliament House and it remains in the custody of the Australian Parliament itself.

END_OF_DOCUMENT_TOKEN_TO_BE_REPLACED 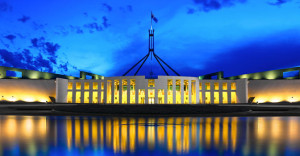 Australian proud capital is place holding all history. Created as a compromise to solve…