CHRISTMAS ISLAND: CULTURAL MELTING POT IN THE GALAPAGOS OF THE INDIAN OCEAN

While the island is populated, the entire population is divided up among a number of, “settlement areas,” Flying Fish Cove, Silver City, Poon Saan, and Drumsite, on the northern part of the island. 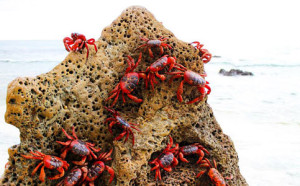 The island is made up of a diverse mix of cultures and is mainly composed of those of Malaysian Chinese descent, Malay Australians, and Mainland European Australians.

Due to the island’s isolation and a long history of minimal human disturbance, the island has a very unique population of wildlife, which is of major interest to scientists and holiday visitors alike.

This fact has led the island to be referred to as the Galapagos of the Indian Ocean.

The island experiences a tropical equatorial climate, which means it has both wet and dry seasons.  The wet season falls between December and April.

During this time, the island finds itself in the path of the northwest monsoons.  During the rest of the season, the southeast trade winds provide slightly lower temperatures and humidity with less rain.

During the monsoon season, tropical cyclones can pass through the area, but since settlement, no cyclone has been recorded as passing directly over the island.

Christmas Island: What to Do 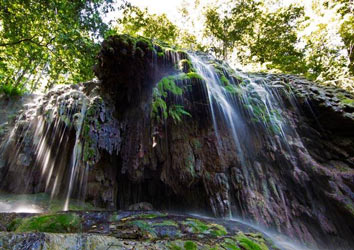 With a diverse and fascinating history, wonderful natural resources, and a beautiful National Park covering most of the island, Christmas Island offers visitors with a wide range of possible activities.

The majority of the island’s primary attractions come from its wonderful natural resources.

Perhaps the most famous attraction to Christmas Island is the annual red crab migration.

The island is home to tens of millions of red crabs.  The red crab is the keystone species and is vital into the maintenance of the Christmas Island ecosystem.

Each year, at the beginning of the wet season (around October to December) adult red crabs begin a spectacular migration from the forest to the coast to breed and spawn their young.

The migration is dependent on a variety of factors that make travelling to the island to see it difficult to plan. 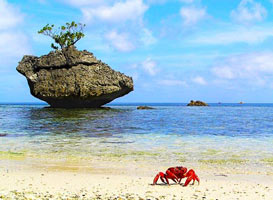 In addition to the start of the rains providing the necessary moist preconditions for the march to begin, the eggs are released by the female red crabs exactly at the turn of high tide during the last lunar quarter.

The eggs will hatch as soon as they hit the water.  After about a month in the sea, the small crabs, only around 5 mm across, begin the dangerous journey back to the forest for the first three years of their life.

This migration is a truly unique and breathtaking event. If you are travelling to Christmas Island, you should certainly try and plan your visit so that it coincides with the crab migration.

Should you be travelling to the island during a different period, fear not as there are a number of other things you can do.

Christmas Island also boasts some of Australia’s best scuba diving, with some of the world’s largest drop offs.  The island rises up dramatically off the Java Trench, which is the Indian Ocean’s deepest point.  This allows for endless kilometres of drop-off diving.

In most areas, the walls are only 20 metres from the shoreline.

The island is also surrounded by a narrow tropical reef, which is home to main beautiful types of hard and soft coral as well as a variety of fish including, surgeon fish, wrasse, butterfly fish, gobbies, anemones, eels, and a number of others.

The northern coast in particular boasts some of the best unspoiled corals in the world.  If you are lucky, you will get to see the beautiful whale shark, which is an entirely docile species of shark that visits the area between November and April. 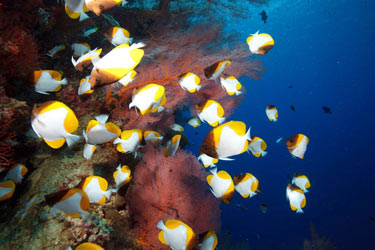 If marine life is your thing, Christmas Island is also one of the only places in Australia that serves as a year-round nesting ground for turtles.

Dolly and Greta Beaches serve as the nesting area for a small population of green and hawksbill turtles.

These turtles can be seen year-round, with their hatchlings present during the turtle nesting season.

If you are a bird watching enthusiast, then Christmas Island is the place for you.  The island is regarded as one of the world most spectacular bird rookeries, with birds coming to the island in large numbers.

The island is home to around 80,000 sea birds annually, with 23 different breeding or resident species.  The birds on the island are also very approachable, thus making for a unique and unforgettable bird watching experience.

The island is home to an annual, “Bird ‘n’ Nature Week,” during which researchers and natural history experts descend on the island to immerse themselves in the islands bird and wildlife.

During this event, visitors can enjoy a variety of workshops and nightly seminars showcasing research, the status of endemic land birds, and the island’s unique marine and terrestrial ecology.

You might even get to assist in monitoring the nesting biology and foraging ecology of the island’s land birds. 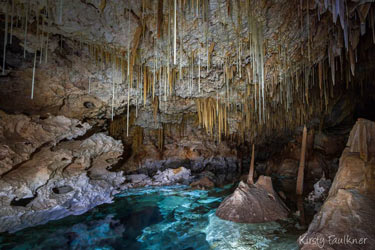 Golf is also a popular pastime on the island, both for visitors and locals alike.

The island is home to a 9-hole golf course that is great for all ability levels.  The course is situated among beautifully manicured palm trees and bordered by a tropical rainforest.

It also boasts wonderful views of the Indian Ocean.  The island is also home to an annual Golf Open, which is the perfect event for visiting golf enthusiasts.

If you are just looking for a cultural experience, Christmas Island has that on offer as well.

Whether you want to experience a cultural event, like a holiday, or just take in the unique Christmas Island culture, you will surely find the island to be fascinating.

Most residents are of Chinese ancestry, with there also being many of Australian/European ancestry as well as Malay ancestry.  English is the official language, but many residents will communicate in Malay or one of the four Chinese dialects.

A large portion of the island is still not fluent in English and communicates in their respective native tongues.  In addition to the aforementioned languages, visitors can also often hear Indonesian, Thai, Japanese, and German.

With this massive mix of cultures, Christmas Island is home to a variety of holidays and festivals, each of which possessing its own unique flavor.

Each of these is fascinating in its own right and is sure to give you the unique cultural experience you might be looking for. 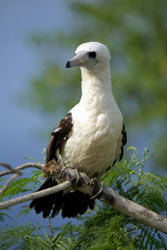 With these unique cultural mix, the island is also a food haven.  Visitors have their choice of a wide range of cuisines, reflecting the diversity of Christmas Island.

Showcasing fresh, local fare, in a variety of different ways, the eateries of Christmas Island are sure to satisfy any foodie.

Ranging from Thai, to Chinese, to Malay, to modern Australian cuisine, the possibilities are nearly endless.

You would be hard pressed to find more variety, especially in truly authentic food, in such a small place anywhere else in Australia.

Since many of the accommodations are small, they provide wonderful, truly personalized service that can be hard to find from larger holiday destinations.

Additionally, many of the accommodation options on the island boast ocean views.

Christmas Island: How to Get There 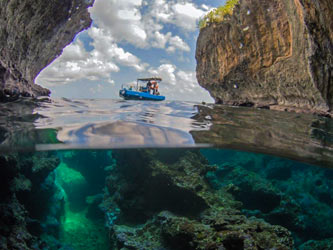 There are a number of ways to get to Christmas Island.

Given its location between Australia and Southeast Asia, the island frequently serves as a cruise stop for ships travelling between Asia and Fremantle on the mainland.

Visitors who might be interested in travelling to Australia and Southeast Asia should look into the availability of cruises in this area.

They will likely stop at Christmas Island.

Visitors can also travel to the island by air.  There is an airport on the island that is service direct from Perth.

There are also direct flights to the island from Jakarta, Indonesia as well.  However, these flights only run at selected times, with only a few per month.

Visitors travelling to the island by flight should be aware that flights are often changed without notice due to weather and other factors and should provide a phone number upon booking to ensure they are made aware of such changes.

If you really want to travel in style, the harbour at Christmas Island has the necessary mooring for large visiting yachts.

It is recommended that the harbour master be contacted prior to your arrival to make arrangements.  It should also be noted that it is prohibited for yachts to drop anchor in the cove as the anchors could damage coral structures.

END_OF_DOCUMENT_TOKEN_TO_BE_REPLACED 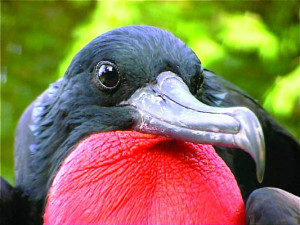 CHRISTMAS ISLAND: CULTURAL MELTING POT IN THE GALAPAGOS OF THE INDIAN OCEAN