Adelaide is neat and elegant city packed with culture and great festival life. All that while having incredibly perfect weather all year round combined with extraordinary food and wine experience and retirement  opportunities.

Adelaide is the capital city of South Australia with population around one million people.

The city is located on the Adelaide Plains in the north of the Fleurieu Peninsula and it’s surrounded by the Gulf St Vincent and the Mount Lofty Ranges.

The coastline stretches circa 20 km from the city.

That is a reason why the city is sometime called the “20 minute city”, while beaches, airport and the Adelaide Hills are reachable in less than 20 minutes drive.

Adelaide is also called the “city of churches” and was initially designed with one square mile city centre. Wine belongs to one of the biggest Adelaide’s virtues and the nearby Barossa and Clare Valley wineries belong to the world class.

The rich cultural mix is a guarantee of a great dining experience with wide range of historic pubs, cafes and family run restaurants.

Nowadays, Adelaide is a perfect place with booming night-life especially during the event season (Mad March) when The Adelaide Festival, Adelaide Fringe Festival or VOMADelaide are held.

The city is also aiming to become the educational hub in upcoming years with four current universities.

Adelaide is a place with the second oldest Zoo in Australia which was opened in 1883. Located in the north part of the city in the parkland area, the Adelaide Zoo occupying roughly 8 ha of land is home to more than 2 500 animals and around 250 various species of both native and exotic mammals, birds and reptiles.

Apart from those animals, the most exciting exhibit for visitors is the giant panda one, opened in the end of 2009, which is home to two giant pandas.

The Adelaide Zoo serves also as a botanical garden. 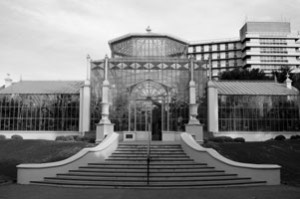 This sanctuary of wide range of exotic and native plants together with two other gardens (Mt Lofty and Wittunga) create the Botanic Gardens of South Australia.

The Garden includes for instance historical Wollemi Pine, avenue of Morton Bay Fig Trees or Amazonica Waterlily which all belong to biggest marvels of national significance.

You can also visit one of three glasshouses: the Palm House, the Bicentennial Conservatory or the Amazon Waterlily Pavilion; or obtain some deeper knowledge at the Santos Museum of Economic Botany within the Garden area.

The Art Gallery of South Australia: Collection of not only Australia’s 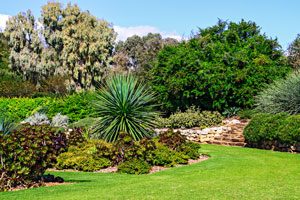 greatest art counting around 38 000 pieces all under one roof, that is the Art Gallery of South Australia.

The Gallery which was extended and renovated several times was first opened in 1881 and is located right in the city’s heart, between University of Adelaide and the Art Gallery as part of the North Terrace.

Collections from all over the world include everything from paintings, sculptures, drawings, ceramics or furniture to textiles and even jewelry.

One of the collection is devoted to the history of the European settlement and the Indigenous art.

One of the most visited museums in Australia helds many impressive and nationally significant collections. Some of 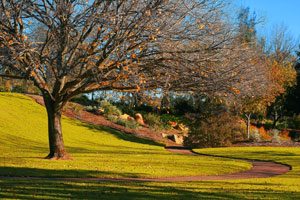 the galleries include for instance the Australian Aboriginal Culture, Ancient Egypt, South Australian Biodiversity, Megafauna or Whales and Dolphins.

The South Australian Museum is also home to multiple temporary exhibitions changing during the year.

The Migration Museum: Museum focused on social history deals mainly with the settlement history of South Australia and its immigration.

The Migration Museum was opened in 1986 and is trying to enhance the understanding and of diverse culture of South Australia through individual stories coming from various communities and thus explore different identities of people.

This attraction can be found on Kintore Avenue nearby the University of Adelaide and has multiple permanent collections (including State Weapons Collection) as well as number of temporary ones. 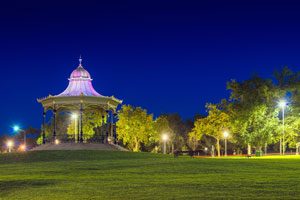 Botanic Park: Located right next to the Adelaide Botanic Garden, Botanic Park is a perfect gateway from the busy city centre and CBD.

The park covers area of about 34 ha and its is packed with exoic plant species such as Moreton Bay Fig which is originally coming from Queensland.

Many refer to this green oasis which is bordered by the Plane Trees avenue as “Adelaide’s Hyde Park”.

Apart from stunning picnic place, the Botanic Park with its own Speakers’ Corner is also a perfect venue for public debate.

Himeji Garden: Traditional Japanese gardens in the South Parklands are one of the top attractions in Adelaide.

This green spiritual sanctuary which 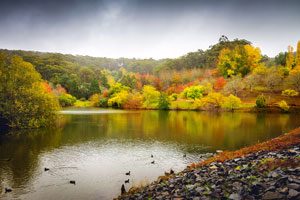 was opened in 1985 was a gift from Adelaide’s sister city Himeji as a symbol of connection between both cities. 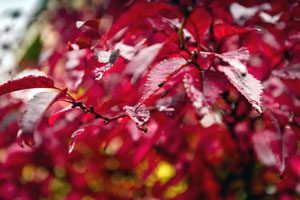 The Centre was built in 1973, the same year when the Opera House in Sydney was built, and is located nearby the Torrens River in the north of North Terrace.

The venue is hosting more than 820 000 people each year and thus stands for a leading cultural centre for Asia Pacific region.

Built in  1838, it was the first church in the city (one of the oldest building overall) and also first Anglican church in South Australia.

The church has gone through many reconstructions and alterations which can be visible on the exterior.

The church building is significant city’s landmark and it serves as a reminder of colonial beginnings in South Australia.

With a Chapel which is listed as heritage site, the Centre is also perfectly suitable for weddings.

The indoor arena is also used for sporting events and can accommodate up to 12 000 people.

Opened in 1991 and reconstructed in 2010, the venue located north from the city centre is modern and eminent place when some of the world’s greatest arts events take place.

Located in Port Adelaide where it was opened in 1964, the museum offers numbers of static collections including steam engines, carriages and steam locomotives together with educational displays providing useful background information. 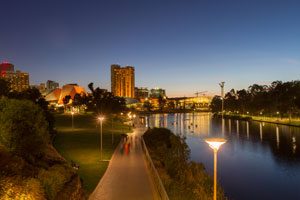 The area is also known as Tarndanyangga, which means “The Dreaming Place of the Red Kangaroo” in Kaurna language. Almost at the square’s centre there is a statue of Queen Victoria erected in 1894.

The square with number of cafes, the Adelaide Central Market within short reach and easy access by tram is now great and unique part of the city..

Elder Park: Located on the banks of the Torrens River, right between North Adelaide and the City of Adelaide, the

The name of the park comes from the Elder family, developers of the Elder Smith company.

Apart from numerous walking tracks, one of the main attractions of the park is the Elder Park Rotunda erected in 1882.

END_OF_DOCUMENT_TOKEN_TO_BE_REPLACED 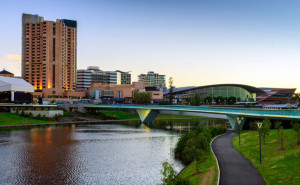 Adelaide is neat and elegant city packed with culture and great festival life. All that…