Exmouth is the must see destination for diving and snorkeling enthusiasts.

Located right on Ningaloo, the largest fringing reef in all of Australia, Exmouth offers divers with a number of excellent dive sites where they can enjoy all sorts of marine life. 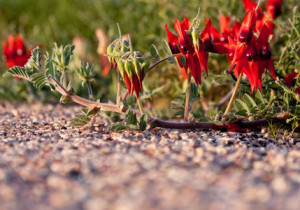 Located on the eastern side of Western Australia’s Northwest Cape, The Peninsula  is a two and a half hour flight, or fifteen-hour drive, from Perth.

From the town, visitors can take a glass-bottom boat tour over the reef, or experience the reef from a kayak.

Beach, reef, or game fishing are also popular activities in the town, with both shoreline fishing spots as well as charters available.

The Vlaming Head Lighthouse offers stunning views over the Indian Ocean and is particularly beautiful during the sunset.

Between June and November, guests can swim alongside rays.

Even with all these other activities, the two primary draws to the Peninsula  area are the Ningaloo Marine Park and the Cape Range National Park.

Ningaloo Marine Park is one of the world’s largest fringing reefs. Stretching for 260 km off of Western Australia’s mid north coast, it is also Australia’s most accessible as at its closest point, it is less than 100 metres off shore, allowing visitors to step right off the coastline and practically be right at the reef. Stretching for 300 km, the Ningaloo Marine Park begins at Bundegi Reef and ends at Red Bluff.

It encompasses over 5,000 square kilometres of ocean.

The Ningaloo Marine Park has some of the country’s best snorkeling and diving.

END_OF_DOCUMENT_TOKEN_TO_BE_REPLACED 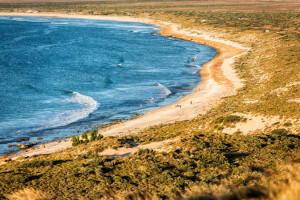