Lorne – attracting visitors and tourist from all over the world  for more than a century with its easy Mediterranean feel and charming scenery.

It is located along the Erskine River and is a popular stop along the Great Ocean Road.  The bay on which Lorne sits got its name when Captain Louttit sought shelter there in 1841 while supervising the retrieval of cargo from a shipwreck there.

Six year later, the land was surveyed and the first European settler was William Lindsey, a timber man who started logging in the area in 1849. 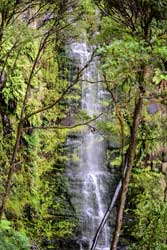 The town was eventually named after Marquess of Lorne from Argyleshire after his marrage to Princess Louise, one of Queen Victoria’s daughters.

Located on the edge of the Great Otway National Park, the town offers some truly stunning natural attractions.

The town is within ten minutes of ten different waterfalls, including the great Erskine Falls.

There are also a number of walks along the Cumberland River and some excellent viewpoints over Loutit Bay.

Hikers can also visit the Surf Coast Walk, which will take them along the fantastic cliffs of Bells Beach and the eucalypts lined Bass Strait.

Marathoners can come in May for the Great Ocean Road Marathon, which is one of the most visually spectacular marathons in the world.

Finally, the pier offers fantastic fishing, with an abundance of barracuda, whiting, and trevally.

If the outdoors aren’t your calling, Lorne is a great place for shopping as well as just exploring.  The main shopping strip is

The restaurants in Lorne can have excellent freshly caught seafood.

For photography enthusiasts, the Edge Gallery showcases the stunning work of award-winning Australian photographer Will Dielenberg.

The Falls Music and Arts Festival, also held in Lorne, has hosted a number of notable musicians, including the Flaming Lips, Iggy Pop, and Public Enemy.

Continuing with the fantastic arts scene in Lorne is Qdos Arts, which houses a variety of exhibits as well as an outdoor sculpture park.

In March is the Lorne Sculpture Biennale, in which up to forty sculptures are exhibited along the foreshore.

END_OF_DOCUMENT_TOKEN_TO_BE_REPLACED 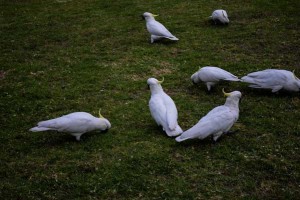