BALLARAT: Eureka showcases the gold mining history and the battle for miner’s rights

Ballarat is Victoria’s third largest city, located just over an hour by road or rail west of Melbourne.

Victoria’s third largest city and the biggest inland one, with its population slightly less than 100 000 so called „Ballaratians“, is situated only an hour drive north west from the city of Melbourne. 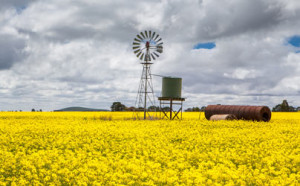 The interesting name of the city of  Ballarat located on the Yarrowee River comes from the two Aboriginal words „balla arat“ which mean a „resting place“.

The city is a centerpiece for many contemporary arts related events, and also a great hub offering delicious cuisine accompanied with world class wine.

It also serves as an administrative centre with seat of local government.

There is a difference to Ballarat from other settlements in the area, mainly due to its buildings mostly of which were built during the Victorian times in the gold rush era when gold was discovered in Ballarat in 1851.

In turn Ballarat boomed, attracting masses of settlers to its soil, accumulated wealth from its riches and was able to finance the building of many grandiose official buildings which remain apart of the city’s character.

The legacy of the gold rush era dominates the city’s architecture and surrounding parks and gardens, thus creating a truly unique atmosphere.

With history to be proud of, Ballarat’s most significant buildings include for example the Town Hall, the Craig’s Hotel, the Railway 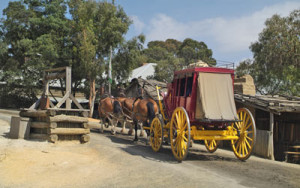 Station with a historical train hall or the Her Majesty’s Theatre.

A very popular tourist attraction is also the long Avenue of Honour boulevard with its 17 metres high massive Victory Arch, both celebrating the soldiers from the World War I.

The Museum of Australian Democracy at Eureka showcases the gold mining history and the battle for miner’s rights during the Eureka Stockade Rebellion back in December of 1854.

In the suburbs and not far from the gardens, there is a man made Lake Wendouree, artificially created on the area of a former swamp, which provides a pleasant getaway destination for locals and also annually hosts several sporting events.

END_OF_DOCUMENT_TOKEN_TO_BE_REPLACED 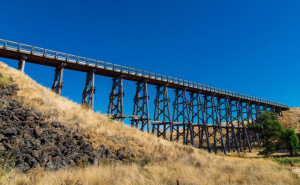 BALLARAT: Eureka showcases the gold mining history and the battle for miner’s rights