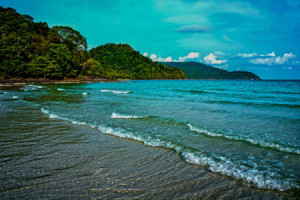 Hinchinbrook Island is located on the northern coast of Queensland, Australia, just east of Cardwell and north of Lucinda.

The island is separated from the mainland by the narrow, Hinchinbrook Channel.

It is the largest island national park in all of Australia.

The geology of the island seems to indicate that prior to the most recent Ice Age 18,000 years ago, Hinchinbrook Island was part of a large coastal mountain range.

However, as the ice from the ice age melted, raising the sea level, Hinchinbrook became an island.

There is evidence that for most of the last two million years, Hinchinbrook Island has had a land connection to the mainland. 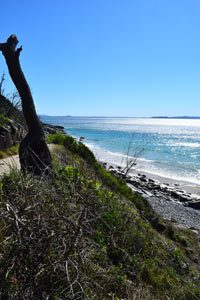 received its current name from Lieutenant Phillip Parker King, who was a naval officer exploring the northeast coast of Australia on the HM Colonial Cutter Mermaid.

Over subsequent decades, Europeans began to settle on the island. Their primary endeavors were fishing, farming, and mining.  In 1932, the island was named a National Park.

The island was formerly served by the Hinchinbrook Island Wilderness Lodge until it closed in 2010 due to financial troubles brought on by the global financial crisis.

Several months after closing, it was severely damaged by Cyclone Yasi.  The lodge was heavily looted and has been left in a state of disrepair.

In August of 2015, a large chunk of the resort’s remains burned in a fire.

As such, the island does not have any formal accommodation options.  However, camping is permitted on the island, as long as the proper permit is obtained.

However, campers should note that open campfires are prohibited and saltwater crocodile are common in the area and are a protected species.

Hinchinbrook Island: Things to Do 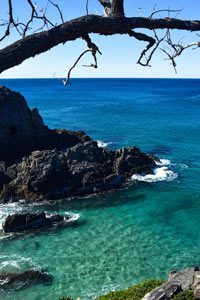 Despite the lodge’s state of disrepair, the island still offers a variety of activities for visitors.

The past and present conservation efforts have been very welcoming and accommodating to Echo-Tourism on the island.

The east coast of the island boasts the internationally acclaimed 32 km Thorborne Trail, which makes for a beautiful hike, whether you do the whole thing, or just hike a portion of the trail.

The island also offers a number of marine based activities including sightseeing cruises, sailing, outrigger canoeing, swimming, snorkeling, and scuba diving.  Sea kayaking is possible on the east side of the island.

All anglers should consult the Great Barrier Reef Marine Park zoning map prior to embarking on a fishing trip at Hinchinbrook Island.

Hinchinbrook Island is connected to Cairns, Cardwell, and Townsville by the Bruce Highway.  Visitors can either drive, or 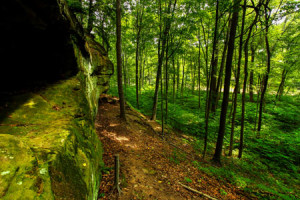 take coaches from Cardwell as there is a regular coach service as well.

For those who will be looking to make connections with the coach service, Queensland Rail offers regular service into Cardwell from a number of locations.

There is also the northern Hinchinbrook Island ferry that provides seasonal access to the island from the mainland.

There may not be the luxurious accommodations that some of the other islands have, but the natural, unkempt beauty of Hinchinbrook Island is its main attraction.

If you are looking for an authentic, nature experience, Hinchinbrook Island is the best Australia has to offer.

END_OF_DOCUMENT_TOKEN_TO_BE_REPLACED 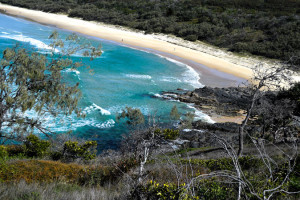