BALI: The Island of thousand temples. Each of the temples is perched on every location systematically and religiously

Balinese Temple in Bali Island,  the Island of thousand temples – Each one of temples is perched on every location systematically and religiously, “Indeed.”

Hinduism is the predominant religion of Bali, Indonesia. Bali is regarded as the “Island of thousand temples” because of the various temples that werebuilt on the island.

Pura in Sanskrit means a walled city or a palace. A Balinese Temple is a place of worship for the devotee of Balinese Hinduism.  Balinese architecture serves as a guide for building these temples wherein. They are constructed according to the existing rules, style, guidance and rituals. 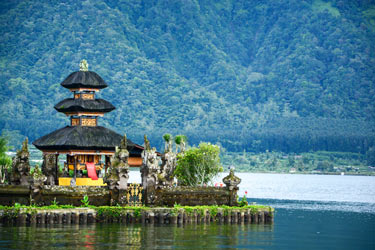 The most important, largest and the holiest temple in Bali is the Mother Temple of Besakih. Majority of this temple is represented by distinctive features of pagoda-like roofs that looks like a layered roof.

Building these temple should be according to the Trimandala concept of Balinese space allocation.

There are three mandala zones that are arranged according to a sacred hierarchy. Nista mandala (jaba pisan) is the entrance of the temple and is considered as the outer zone. It connects the compound of pura to the outer zone.

You can often see a religious dance performances in the temples and they are also a place where religious festivals are being held. Madya mandala (jaba 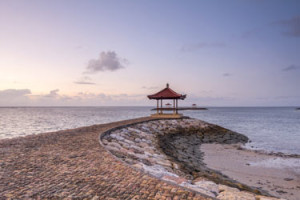 tengah) is the place for the devotee to worship. It is an area where supporting facilities of the temple are found.

There are plenty of pavilions which are usually build within the temple, such as the bale kulkul (wooden slit drum tower), wantilan (meeting pavilion), bale gong (gamelan pavilion), bale pesandekan and bale perantenan, the temple’s kitchen.

And Utama mandala (jero) which is recognised as the most consecrated and holiest zone within the pura. It is the focal point of the temple situated at the highest compound. It contains a padmasana, the towering lotus throne of the highest god, Acintya.

The parts of the temple were carefully built since it depicts the Balinese Hinduism that even the gates are distinctive.  In Balinese architecture the gates are of two types, the split gate (candi bentar) and the roofed tower gate (kori agong). 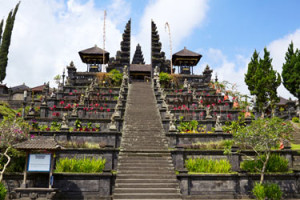 There are several types of Pura. They differ based on their locations, functions and the type of God that adherents are devoted.

Some tirta temples have sacred water that can be used to cleanse during the ritual. Pura desa that is seated within the villages or cities serving as the center of Balinese religious activities.

Pura Puseh dedicated to God Vishnu, Pura Dalem a place to worship Shiva, Pura mjarapati temple that is for prajapati. Pura segara that is dedicated to the deities of the sea.

The six sanctuaries of the world (Sad Kahyangan) are found in Bali. These temples are the holiest place for the adherents to worship. 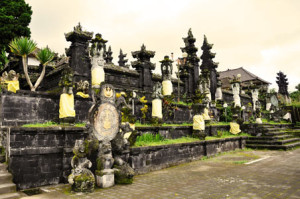 Visiting these temples will not only teach you about the beliefs of Hinduism but as well as the rich culture that is depicted on it.

Getting around these different kinds of temples will bring out a different kind of travel experience that every travelers shall have at least once in a lifetime.

END_OF_DOCUMENT_TOKEN_TO_BE_REPLACED 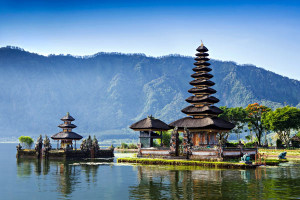 BALI: The Island of thousand temples. Each of the temples is perched on every location…