KUMANA: AN ABSOLUTE MUST FOR BIRD WATCHING ENTHUSIASTS. The Park in Sri Lanka is renowned for its natural beauty, particularly its large flocks of migratory waterfowl and various type birds to the wetland.

Located on Sri Lanka’s southeastern coast, Kumana National Park is located around 391 kilometres southeast of Colombo and covers an area of around 35,664 hectares.

The park is particularly well known for its bird life, particularly for the large flocks of migratory waterfowl and wading birds that call the park home.

Between April and July, tens of thousands of birds migrate to the park, using the land as both nesting and breeding ground.

There are a whopping 255 species of birds that have been recorded within the National Park. 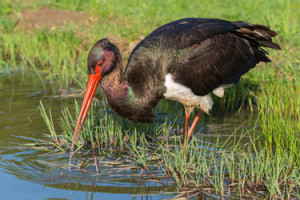 Of course, there are an impressive array of reptiles as well, with the green turtle, loggerhead turtle, Olive Ridley turtle, mugger crocodile, Indian Flap-shelled turtle, and the Indian black turtle all calling the park home. 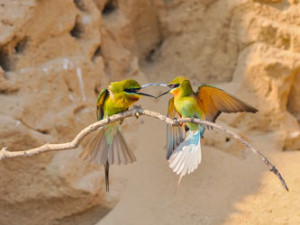 The area is part of an ancient civilization that dates back to the 3rd century BCE.

Throughout that park, rock inscriptions have been found that date back to the 2nd and 1st centuries BCE.

The park also sits on the route of a traditional annual foot pilgrimage to the Hindu temple at Kataragama.

There are a number of safaris through the park that provides visitors with the perfect opportunity to see whatever it is they want to see during their visit to Kumana National Park.

There are a number of halves and full day safaris that will allow visitors to see, explore, and experience the park and all of its natural wonders.

In addition to the wildlife, the park is also home to around 20 lagoons that make for a very beautiful, enchanting, and rugged sight.  Whether you want to see the bird life, the mammals, the reptiles, that lagoon, or all of them,

there is a safari that will perfectly suit your needs at Kumana National Park.

Kumana National Park: How to Get There

The gateway to the park is located at Okanda, around 22 kilometres south of Panama.

There are roads all the way to the park and there is coach service to the area, although not to the park itself.  It is about a six-hour drive from Colombo.

KANDY TO ELLA TRAIN JOURNEY ONE OF THE MOST BEAUTIFUL AND ENJOYABLE ACTIVITIES AMONG MANY OTHER IN SRI LANKA. So then, we were a few nights in Kandy. Finally, all of us want to see this most stunning beauty of the hill country train journey. We headed again to Kandy train station to begin the second half of our train journey, …

END_OF_DOCUMENT_TOKEN_TO_BE_REPLACED

Last updated on October 13th, 2019 at 03:28 amCOLOMBO TO KANDY BY TRAIN IN SRI LANKA TRAVEL REVIEW!I was in Sri Lanka a few years ago and back there this year again. And our group used Sri Lankan trains to travel around the country. By the way, Sri Lankan Train slows. But cheap and reliable. Also, I would say that …

END_OF_DOCUMENT_TOKEN_TO_BE_REPLACED

Luxury Hotels-Sri Lanka with Nature Views Info Guide Now is a great time to visit Sri Lanka. After Easter Sunday bombing, hotel price is down almost 50%. Also, all other services are offering the best discount rate. By the way, Sri Lanka always has been very affordable and uncrowded. But time will change all your expectations. More and more flock …

END_OF_DOCUMENT_TOKEN_TO_BE_REPLACED

KUMANA: AN ABSOLUTE MUST FOR BIRD WATCHING ENTHUSIASTS. The Park in Sri Lanka is…