Kandy City in the Central of Sri Lanka was the last Kingdom with an independent monarchy once home for fabulous Royal Families of Sri Lanka today. By the way, it is a welcoming beacon for tourists around the world.

One of Unesco’s world heritage sites, the Sacred City of Kandy – also known as the city of Senkadagalapura – is a large city and sacred Buddhist site nestled in the hill country of central Sri Lanka. Kandy was the capital city of the last Sinhalese kingdom (Sri Lanka’s last independent Kingdom). Well, which fell to the British empire in 1815 after surviving nearly three centuries of colonial incursions by both the Portuguese and Dutch. And it has a rich cultural legacy shaped by its independent Sinhalese traditions and history.

Is Kandy Sri Lanka worth visiting?

The city is Sri Lanka’s second-largest city. It is one It the most popular spots to visit when you in Sri Lanka.  Although, many backpackers often stop here on their way towards the beautiful hill country areas of Nuwara Eliya or Ella. If you’ve got two or three days to spare in your travel plan? Then, the town will be your stop point, and it is worth it.

Sri Lanka is mostly safe to travel. However, since the civil war’s end, Sri Lanka has been firmly rebuilding its tourism sector. And more and more overseas visitors enter this gorgeous country each year. Unfortunately, suicide bomber last was in 2019, but Sri Lanka is gradually building the peace.

What is famous in Kandy?

Temple of the Tooth and the old Kingdome structure are the most famous. By the way, Kandy is both an administrative and religious city. It is also the capital of the Central Province. Also, Kandy is home to the Temple of the Tooth Relic of Budha. The place is Sri Dalada Maligawa. Somehow, One of the most sacred places of worship among Buddhist people in the world. By the way, it was declared a world heritage site by UNESCO in 1988. 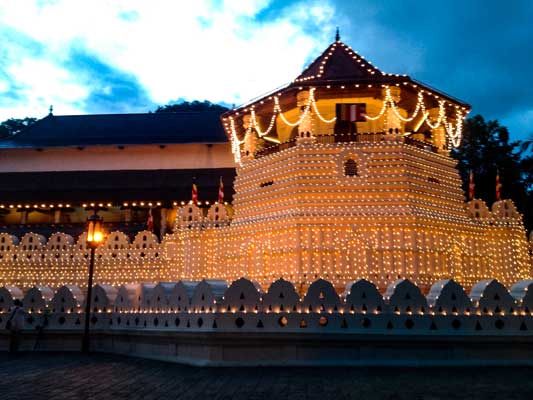 Kandy Temple of the Tooth

The Temple of the Tooth (‘Sri Dalada Maligawa’) is a 17th-century temple, housing the region’s most significant Buddhist relic: what is believed to be a tooth of the Buddha himself. The temple is open to tourists and pilgrims during prayers (‘puja’), who often come bearing offerings such as lotus flowers. The tooth itself is encased in a gold casket and cannot be seen. 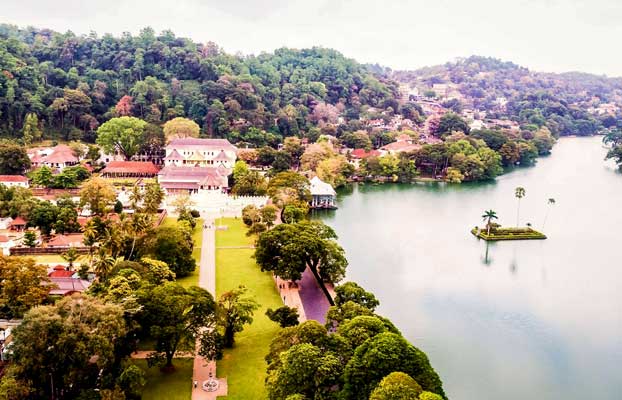 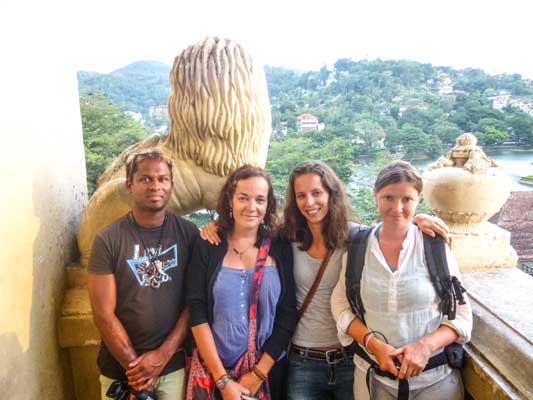 The ancient Royal Palace of Kandy was home to the members of the Sinhalese Monarchy before the British took over the area in 1815. Located on the north shore of Kandy, it is now open to tourists and hosts the National Museum of Kandy and the Elephant Museum.

Dating back to around 1371 and once reserved for royalty of the Kingdom. In summary, the Royal Botanical Garden or ‘Peradeniya Botanic Garden is approximately 5.5km west of Kandy city now. Welcomes over 3 million visitors per year, who come from over the world to admire its vast collection of orchids, spices, royal palms, medicinal plants, and a giant Javan fig tree. Over 4000 species can be found across the gardens’ 147 acres.

How far is Kandy from Colombo?

Kandy has located around 96 km, and it is directing to the central of Sri Lanka. New Colombo Kandy High way meaks it the short travel time. By the way, driving distance is around 120km and 2.5 hours to get there. But it all depends on the time of the day.

Renting a car or by train travel is very convenient. By the way, there is a regular train service from the central station in Colombo. Kandy Colombo Train.

END_OF_DOCUMENT_TOKEN_TO_BE_REPLACED 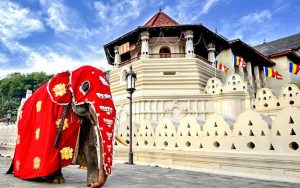