Marvel-Inspired Theme Ride a Hit, Too

The success of the Marvel franchise is undeniable. The Marvel Cinematic Universe is the most profitable film franchise in cinema history.

Unsurprisingly, a Marvel-inspired theme ride opened early this year, and it was quite a hit. 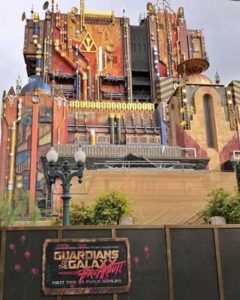 This March, the first ever Marvel-themed theme ride was opened in Anaheim, California.

The theme ride, called Guardians Of The Galaxy—Mission: Breakout! proved to be wildly popular, notably on its opening day, with The Hollywood Reporter claiming that guests queued for up to 5 hours for a chance to try the new Marvel ride. 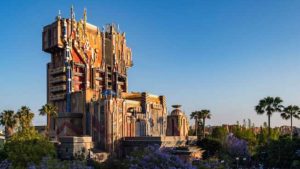 According to the official teaser of Guardians Of The Galaxy—Mission: Breakout!, the new ride offers “breathtaking fun”

for fans who are taken for a wild, thrilling ride to rescue Star-Lord, Gamora, Drax the Destroyer, Groot, and Rocket from the eccentric Taneleer Tivan.

Otherwise known as “The Collector,” Tivan has added the Guardians of the Galaxy to his vast collection of fauna, relics and species from across the cosmos.

The ride features new scenes filmed by the Guardians of the Galaxy cast along with a bevy of interstellar artifacts and creatures. 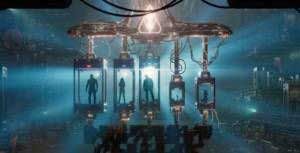 All hell then breaks loose once Rocket escapes and takes everyone along for a steep descent, one that is as stomach-churning as it is exhilarating, to rescue the remaining Guardians.

Six random escape scenarios are there for the taking, each with its own set of twists and turns, plus a reverberating rock song to boot.

Other Marvel-inspired theme rides are sure to follow says Lawrence Yee, who covered the opening of Guardians Of The Galaxy—Mission: Breakout! for Variety.

Bob Chapek, who helped bring Star-Lord and company to Anaheim, expressed his commitment to bringing more Marvel-themed attractions to California during the opening of Guardians Of The Galaxy—Mission:

Breakout! He all but confirmed such a plan, announcing that the Guardians of the Galaxy attraction is “just the beginning of what will become a bigger superhero presence.”

An Avengers-themed attraction seems a logical option, especially with next year’s release of Avengers: Infinity War which will be another huge hit.

The fact that a world-famous Disney California adventure park wants more Marvel-themed attractions is further proof of how popular the Marvel Cinematic Universe has become today.

Four of MCU’s biggest films have topped over a billion dollars in worldwide ticket sales, as shown by this gross earnings data collated by Box Office Mojo. Marvel’s The Avengers earned over $1.5 billion with Avengers:

Age of Ultron not far behind at over $1.4 billion. Avengers: Infinity War is expected to beat both these films at the box office.

It’s no wonder then that other companies are trying to replicate this success by taking inspiration from Marvel characters.

The slot game Thunderstruck on digital games provider Slingo is inspired by the god of thunder, Thor.

The game’s titular character, Thunderstruck bears the likeness to Marvel’s Thor, whose enchanted Mjolnir and trademark headgear, figure prominently in the game as well.

While not officially a Marvel game, fans will instantly recognize the look of the character and associate it with Marvel’s Thor.

Whichever direction Chapek and his team take, make no mistake: more and more Marvel-inspired theme rides will be coming, and like the movies in the Marvel Cinematic Universe, expect those rides to be quite a hit among Marvel fans, too.

Disney California Adventure Park, Anaheim the place to be.

Places to Visit in Europe