Thanks to its location in the heart of the “Old Continent”, the history always played an important role for Slovakia. Often underrated, this place has everything from medieval castles, wide green pastures, stunning national parks, lively culture and incredibly beautiful mountain peaks – simply a perfect combination within just a small piece of land

Slovakia is a smaller country situated in the Central European region, although it is often mistaken to be an Eastern European one. The Slovak Republic, as the official name states, is neighboured by its former “brother” the Czech Republic, and further by Poland, Ukraine, Hungary and Austria.

The country is home to a population of around 5 million people, mostly of the Slovak nationality. Other minority ethnicities are Hungarians, Roma people, as well as Czechs and Rusyns. Slovakia occupies a territory of circa 49 thousand square kilometres. The official language is Slovak, which comes from the Slavic group of languages.

The capital city of Slovakia is Bratislava, which is also the largest city and the most important one in terms of politics, economy and culture.

It is also home for the Slovak president and the government. The economy of the country is a developed one with high-incomes. It is also one of the fastest growing economies in the Eurozone.

Slovaks are considered to be a nation with high standard of living as well as a high Human Development Index. Great numbers in world comparison are also shown regarding press freedom, civil liberties and overall peacefulness.

Slovakia has been a member of the European Union since 2004 and through being part of the Eurozone, their official currency is Euro.

Apart from that, it is also a member of the United Nations, NATO, the Schengen Area, or for example the OECD.

Thanks to its location in the heart of Europe, Slovakia’s history was determined to be colourful. All started by the arrival of Slavs during the 5th – 6th century. Followed by Samo’s Empire in the 9th, the Kingdom of Hungary and eventually the Habsburg Empire – it is easy to say that there was lot of pulling and pushing over the today’s Slovak nation.

The end of the World War I led to the establishment of the Czechoslovakia which was interrupted shortly during the World War II due to the Nazi Germans’ separation of the First Slovak Republic as their client state.

The re-established communist (till the Velvet Revolution ended the communist regime in 1989) Czechoslovakia lasted till 1993 when those two countries peacefully split into two sovereign and independent democratic countries (the Slovak and the Czech Republic), all while keeping their good relationships.

If anything, Slovakia is undoubtedly a paradise for all nature lovers. Framed by the High Tatras mountain range, hiking and winter sports and activities are simply blossoming there.

But don’t forget about the tasteful and interesting culture this country has. The cuisines has been carved over the centuries and colourful folk traditions portrayed in multiple festivals all year round are simply a must see & taste!

END_OF_DOCUMENT_TOKEN_TO_BE_REPLACED 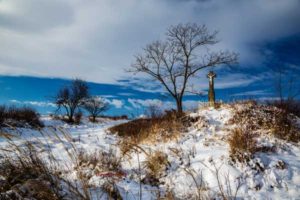 Thanks to its location in the heart of the “Old Continent”, the history always played…