Astonishing beauty of untouched rugged nature, never ending lush green pastures, stunning waterfalls, breathtaking beaches and surreal landscapes like out of this world – that all you can find in Greenland.

Greenland is an autonomous constituent county belonging to Europe, specifically to Denmark.

Situated far north, east from Canadian Arctic Archipelago and lying between Atlantic and Arctic Ocean, this island should probably belong more to the North America – however, historically it has always been related to Europe.

How tremendous it may seem, the population is reaching only slightly over 50 thousand people which most of them are Inuit people (descendants of people migrating from Canada back in 13th century.

The first inhabitants came to the island nation around 4 500 years ago. Till nowadays, the nations  remains the world’s least densely populated country.

Greenland has a primacy of being the largest island in the world. Interesting fact is, that ¾ of the landmass is covered by permanent ice cover.

History of  the nation is associated with Scandinavia – Denmark, Iceland and Norway have been claiming Greenland for hundreds years (Vikings settled the island first).

The capital city of  the country is Nuuk, where most of the population is situated.

The remoteness of Greenland makes it so unique and offers endless freedom. Extreme weather conditions only add up to the difficulty of reaching this incredible place on Earth.

Explorers may also enjoy several winter sport activities, such as dog sledding, kayaking in the ice water, snowmobiling, cross country skiing, climbing, snowshoeing, or even diving and of course, there is plenty of perfect trails for hiking.

Greenland is (thanks to its location far north) also a perfect destination if you want to spot the northern lights sky show, as well as experience the midnight sun during summer.

It wouldn’t be a shame to call it an endless playground for UN-spoilt nature lovers and explorers.

END_OF_DOCUMENT_TOKEN_TO_BE_REPLACED 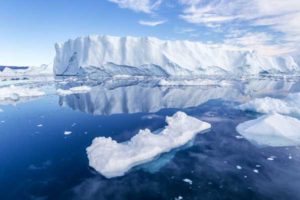