Hungarians are smart; One of the smartest nation in the world. The country has one of the highest rankings, per capital, for Nobel prizes, with 13 winners going back to their first, in 1905 and the most recent, in 2004.

Hungary is a treasure within the heart of Europe, with a truly unique language, rich traditions, and fascinating landscapes and geology.

Bordered by Austria, Croatia, Slovakia, Romania, Serbia, and the Ukraine, the culture of Hungary has had a variety of cultural influences, yet has quite a distinct language and unique traditions which have been cultivated throughout the centuries. Folk music and dancing, as well as classical music and opera, are important to the Hungarian culture.  Wars and communism have had an undeniable effect on the land and culture of Hungary.

The country has around 10 million inhabitants, though the population is declining. While Hungary is part of the European Union, it uses the Hungarian Forint (HUF) as the primary currency.  In the major towns and cities some businesses accept euros, though it is recommended to use the Hungarian Forint while travelling.

Hungary is a landlocked country:

Yet, it does not lack water, as it is located over a geothermal area, and boasts thermal water springs, thermal lakes, and a capital city split by the grand Danube River.  Hungarian passion for the spas and baths goes far back in their history.

There are many opportunities for travellers to relax and rejuvenate at the many thermal baths. Heviz Lake, located in Mid-Western Hungary, is Europe’s largest thermal lake, and is surrounded by a beautiful nature conservatory. This is an important part of the culture that locals and travelers alike can share and enjoy.

Traditional Hungarian cuisine often mixes meats with vegetables and spices.  Enjoy the traditional Goulash, a feature of the Hungarian cuisine. Many dishes are flavored with a special paprika powder, spicy or sweet.  Travelers can enjoy great meals for relatively low prices, compared the other parts of Europe.

Budapest, the major city and capital of Hungary, is divided into Buda and Pest, on either side of the Danube River. From Buda to Pest, there are wonderful historical and art museums, scenic viewpoints, quirky and stylish ruin bars, and baths. While the major religion of Hungary is Christianity, there is a strong Jewish community in Budapest, as well as the Great Synagogue, the largest in Europe and one of the most important in the world.

Budapest is a beautiful capital city, known as the Paris of Eastern Europe.

Come to Hungary to enjoy amazing wonders of nature, relax and rejuvenate in a natural thermal spring, and to experience a land of rich traditions and a vibrant culture.

END_OF_DOCUMENT_TOKEN_TO_BE_REPLACED 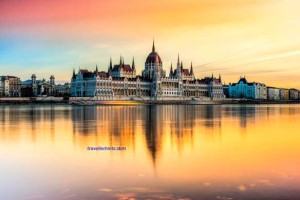 Hungarians are smart; One of the smartest nation in the world. The country has one of the…