A little European jewel in the middle of Mediterranean – Malta is a tiny piece of the world slowed down pace of life, friendliest people and some of the most stunning views over the deep tranquil sea waters everywhere your eye reaches.

Located in the Southern Europe, Malta is a small archipelago surrounded by the Mediterranean Sea. Malta is located around 80 kilometres south from Sicily (Italy) and consist of several small and three larger and inhabited islands – Malta, Gozo and Comino. With the total area of all islands covering only a bit more than 300 square kilometres, it is one of the smallest island countries in the world.

The overall population reaches 445 thousand people, which speaks for a high density. Their official national religion is Roman Catholicism, although the freedom of religion is set. There are two official languages in the country: Maltese and English (making the island nation a popular destination for English language courses).

The capital city of Republic of Malta (as the official name stands) is Valletta, one of the smallest cities in the European Union by size. Vast majority of Malta’s population is situated within the metropolitan area of the capital.

Apart from being a popular destination for tourists from all over the world, Malta is also a country with advanced economy with focus on education. It is a member of the European Union.

Maltese history is what makes the island nation so unique and charming.

Thanks to the location in the middle of busy Mediterranean, the country used to have a great importance in terms of strategic position.

Therefore, many different nations have had the power over the nation and ruled the country. The final independence came in 1964 from the UK and the Republic of Malta was established ten years later.

Given the colourful history, Malta today provides an exquisite cocktail of cultures and flavours. Not only is the local cuisine a perfect blend of various influences brought to perfection, also the historical sites spotted all over the main islands make Malta a fascinating place to visit.

There is plenty of temples, watchtowers, lovely little towns, small harbours and fishing villages that discovering Malta feels little like a trip down the history.

On the top of everything, the landscape of the archipelago is a pure beauty to look at and the endless stretch of coastline with golden beaches washed by the bluest Mediterranean waters are offering countless possibilities for water lovers.

END_OF_DOCUMENT_TOKEN_TO_BE_REPLACED 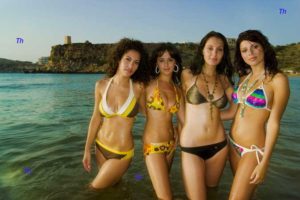