Ancient ruins under the warm sunlight remind the majestic history of this country. Greece is where all the great heroes come from, leaving the taste of grace and charm in every piece of rock and every brick. Endless blue water, salty breeze and smell of delicious cuisine – that and much more is what Greece offers nowadays.

Greece is a European country located in the Southern (or South-eastern) part of the continent and spreads over the Balkan Peninsula. It has access to the Mediterranean, the Aegean Sea and the Ionian Sea and borders with Turkey, Bulgaria, Macedonian Republic and Albania.

Greek population reaches almost 11 million people who speak Greek as their official language. The Hellenic Republic (as the official name stands) spreads on the area of little bit less than 132 thousand square kilometres, including also thousands of both smaller and bigger islands. The largest ones are for instance Rhodes, Lesbos or Crete.

The capital and historically well-known city is Athens, being also the country’s largest. Greece is considered a developed country, although facing severe financial problems in recent history.

The standard of living and overall quality of life is very high. It is a member of United Nations (one of the founding members), the European Union, NATO, OECD or also Eurozone. It belongs to the largest economies within the Balkan region.

The Greek history dates back to the ancient time and belongs to one of the oldest and most interesting ones in the world.

As a Cradle of Western civilisation, it is a place where for example the Olympic Games, many scientific rules and arts were born. Historically, Greece is where democracy as such was came to the world.

The culture was spread worldwide during the times under the Alexander the Great rule during the 4th century BC, followed by the times of fame and glory (together with ancient Rome ) known as the Roman Empire.

The modern face of Greece began to form in the 19th century. Huge part of the Greek culture is also their mythology with ancient Greek religion and heroes from mythical era, such as Hercules/Heracles, Odysseus, Achilles, Perseus and others.

The enormous importance of Greek history is seen on every corner of the country. Greece has one of the largest numbers of UNESCO World Heritage Sites in the world. Ruins, statues and sculptures, theatres, artistic masterpieces add to the diversity and beauty of Greek culture.

The Mediterranean climate together with incredibly long and stunning coastline washed by deep blue water is also one of the reasons for the tourist industry to flourish. Greece is also rich in culture and traditions.

Greek cuisine indisputably belongs to one of the most delicious ones in the world and is full of fresh vegetable & fruit, seafood and herbs and for example the taste olives and cheese will exceed your highest expectation.

END_OF_DOCUMENT_TOKEN_TO_BE_REPLACED 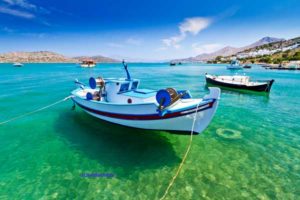 Ancient ruins under the warm sunlight remind the majestic history of this country. Greece…