The United States of America represents freedom and independence; a nation of immigrants with a huge international presence in politics and media, it is more diverse and expansive than it appears. The U.S. is historically a “melting pot” with people from cultures from all over the world. It is the third largest nation in the world.

The United States of America (U.S.) composes a large portion of North America and it made up of 50 states and the District of Columbia (Washington D.C.), the nation’s capital. Canada is to the north and Mexico is to the south of the continental U.S., and the Pacific and Atlantic Oceans are to the west and east, respectively. Additionally there are Hawaii in the Pacific Ocean and Alaska, northwest of Canada.

Major geographical features like the three main mountain ranges, the Great Lakes, and rugged dunes and deserts carve the mainland. From sandy beaches to looming mountains and every geographical feature and climate imaginable – The U.S. has an immense variety of climates and ecosystems.

Ancient America was the home to a vast array of native civilizations throughout the continent and spreading south.

There were groups of people that settled in communities primarily along the lakes and valleys, and coasts of the Americas. Tribes developed intricate arts and enterprises for survival, and had complex traditions and hierarchies.

Many of the civilizations depended on agriculture and thrived on the land. When the Europeans arrived in North America, struggle for land and resources increased tensions and many colonizers battled native tribes, taking over land. Waves of settlers arrived between 1606 and 1618 with The Virginia Company.

The English capitalized on American tobacco.

They began to ship African indentured servants and the Crown took over the colony. Natives were exposed to many diseases by Europeans throughout the 17th century and conflicts increased with the growth of American colonies. The 18th century in America saw a huge increase in population, while conflict with Britain grew.

Battles began in 1775, Americans officially declared Independence in 1776, and The American Revolutionary War lasted through 1783. The Articles of Confederation, Constitution and Bill of Rights were developed and George Washington took office as the first President by 1789.

With this foundation, the U.S. continued to develop as a nation. As immigration boomed and people spread west, more territories and states were incorporated and the economy grew quickly. The economic and population growth continued throughout the 19th and early 20th centuries, which were shaped by industrialization as well as wars with natives and Mexico.

There was also a huge movement of people west on the Oregon Trail and with the gold rush in California. Slavery remained a major issue and divided the U.S. After series of compromises, growing violence and continuation of human rights violations with the persistence of slavery, the American Civil War broke out and lasted from 1860 until 1865 with the ratification of the Emancipation Proclamation, then followed by the Civil Rights Act of 1875.

In the 19th century America’s population, industries, and agriculture boomed and the U.S. created a transcontinental railroad. Heading into the 20th century the U.S. had shown its power in war and had thriving industries.

The U.S. had trial and triumph in the 20th century, with national struggles like the Great Depression and two World Wars, and success in signing the Civil Rights Act and other advancements for equal rights.

In the past 40 years, the country has seen war, immigration and economy at the forefront of political issues as its seen waves of recession, international conflict and a population boom. The U.S. has remained a big player in international politics, developed technologies, and remained resilient.

Current major industries in the U.S. include manufacturing, transportation, healthcare, and agriculture. Technological advancements have enabled economic growth. Healthcare is mostly private sector and Americans have some of the highest medical costs per capita in the world.

There are several geographically and culturally distinct regions of the U.S., titled the West (including the Pacific Northwest), the South, the Northeast (including New England and the Middle Atlantic), and the Midwest Region.  Each of these regions draws people to see a great variety of types of cities and natural destinations.

Los Angeles has beaches and Hollywood, while its quirky neighbor to the north, San Francisco has a rich cultural scene and beautiful parks overlooking its famous Golden Gate Bridge. The Pacific Northwest, including Oregon, Washington and Alaska boasts some of the most outstanding natural beauty. Seattle and Portland are progressive, economically booming cities surrounded by mountains and lush forests.

Traditional southern culture is known for being kind and hospitable and having a rich barbeque and home-style comfort food. The South has a history of slavery and oppression of blacks and a distinct immigration pattern. Though civil liberties have been established, this region remains culturally distinct.

Apart from this Florida has sunshine all year and a draws people from all over to enjoy its beaches. Texas is the only state to have once been its own country, has a lot of local pride, and is known for having everything bigger. Major destinations in the South and Southeast include Miami, Atlanta, New Orleans, San Antonio, Austin and Nashville .

The first settlers came to Virginia and eventually expanded to establish major posts in Boston and New York . This region has a lot of pride of place, tends to be relatively more curt and abrasive, and contains some of the oldest American history.

New York is a major destination, as it is home to Broadway, a huge financial center, and, as the largest city of the nation, is an incredibly impressive place.

Claiming Viking heritage and having major industrial cities, the Midwest is known as “America’s Heartland” and has large farming communities and major industrial cities. Detroit and Chicago played a huge role in the development of American industries and connecting the East with the West. Many small towns known for being very nice and recreational are spread out across the region. Minneapolis/St. Paul is one of the happiest cities and has a stable economy.

While regions and cities have many distinct qualities, American culture is tied by national identity and a strong national pride. Americans celebrate Independence Day, Halloween, and Thanksgiving, each with unique customs. Typical American food like hamburgers, hot dogs, macaroni and cheese, and apple pie were influenced by Europeans and Native Americans.

Today there is a lot of availability of Spanish and Mexican – influenced cuisine, or “Tex-Mex”, and Asian cuisine. Sports are very popularly played by youth and several male professional leagues take center stage in sports broadcasting. The main professional level leagues are in American football, basketball, baseball and football. There are also strong female leagues for basketball and soccer.

American broadcasting set a standard, building a popular film industry and extending U.S. arts around the world. Its music culture has also developed a great diversity and had a large international presence.  Unique styles like rhythm and blues, jazz, gospel, country and western, rock ‘n’ roll and hip hop developed due to the mix of cultures and people.

While many languages are spoken, English is the official language and Spanish is the second most spoken language, with over 40 million native speakers. The overall “melting pot” culture has been influenced by people, language and cultures from the whole world, bringing different religions, style, food and arts.

In addition to the fantastic cities, there are some amazing natural wonders and national parks. Some popular spots include the Grand Canyon, Great Smoky Mountains, Yosemite, Yellowstone, Zion, Olympic, and Grand Teton National Parks. These are hugely popular, bringing over 300 million visitors per year.

In summary, the United States is a large, extremely diverse nation and offers something for everyone. “From the Redwood Forest to the Gulf Steam water, this land was made for you and me”. 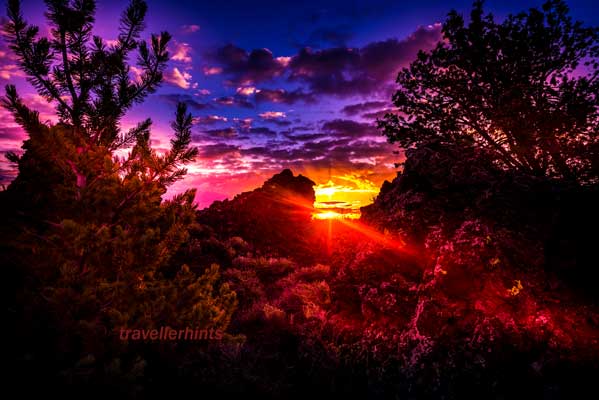 Last updated on April 1st, 2019 at 05:05 pmSmack dab in the southeast corner of Idaho, USA is a landmark as stellar as it is grounded: Craters of the Moon National Monument. The United States has many unique rural landmarks to visit, but if you want one that is truly out of this world, then this one is worth the …

END_OF_DOCUMENT_TOKEN_TO_BE_REPLACED 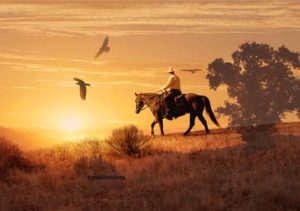