Punakaiki is a small community located between Greymouth and Westport on the West Coast of New Zealand.

The area draws a large number of visitors each year thanks in large part to the adjacent Paparoa National Park and the fascinating Pancake Rocks.

Punakaiki: What to Do 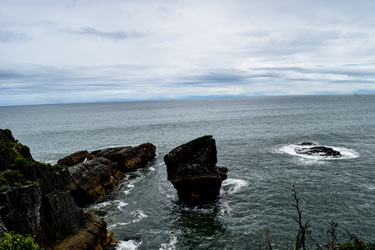 If you are heading to Punakaiki, you have to make a stop at the Pancake Rocks.

his unique rock formation, located at Dolomite Point near Punakaiki, is the most heavily visited attraction on the West Coast of New Zealand.

The Pancake Rocks were first formed over 30 million years ago.

Over time, the formation began to take shape as alternating layers of debris from small marine creatures, such as calciferous shell fragments were solidified between softer sandy sediments.

When this rock formation was uplifted by earthquake activity, the rain, wind, and sea began to erode the softer sandstone, thus creating the pancake stack-esque appearance from which the formation derives its name.

Beyond their unique appearance, the Pancake Rocks also have a number of blowholes running through them.  Over time, the rain eroded vertical shafts through the formation.

When these shafts crossed paths with the horizontal tunnels cut through the rock by the pounding of the ocean, they created blowholes that shoot geysers of salt water into the air during high tide when the ocean swells. 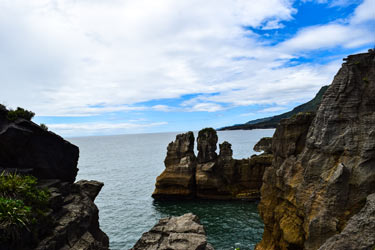 The Pancake Rocks are very easily explorable as there are a number of walkways and paths winding through the formation.

A number of these paths are wheelchair accessible.

Visitors should allocate around 20-45 minutes to complete the walking paths within the formation.

In addition to the Pancake Rocks, visitors to Punakaiki have to take a trip to Paparoa National Park.

This park was officially formed in 1987 and sprawls for 306 square kilometres.  While the park is the home of the Pancake Rocks, it has far more to offer than just this one attraction.

The Paparoa Range, which was made up of ancient granite that was slowly shaped by ice and glacial activity into its current, rugged form, serves as a stunning backdrop for the park.

The park is filled with a number of other wonderful natural features, boasting high coastal cliffs, wonderful river canyons, delicate cave formations, and unique rock formations, such as Pancake Rocks.

The vegetation in the park varies greatly, with the coastal areas being made up predominately of broadleaf forest and glades of nikau palms. 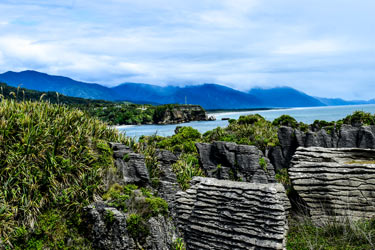 Farther inland, the vegetation is primarily made up of hard, red, and silver beech with some rimu and podocarps mixed in.

The park is home to a variety of birdlife as well, with forest birds such the tui, bellbird, and New Zealand pigeon regularly migrating to the area.

Paparoa National Park is also the only place in the world where the Westland petrel breeds.

On top of that, the great spotted kiwi calls the park home, although they are very hard to actually find.

If you want a fantastic, and little known, Punakaiki experience, walk the short, and easy Truman Track.

It is only a 15-minute walk that is signposted from its own carpark right on State Highway 6.  It is situated just 2-kilometres north of Punakaiki.

This really is a hidden gem that is not frequently visited by tourists.  In fact, you are likely to be the only one on it!

Punakaiki boasts a variety of accommodation options.  Ranging from vacation rentals, including cottages, and houses, homestays, bed and breakfasts, lodges, and resorts, there is something for every taste and every budget.

Punakaiki is located about 40 minutes from Greymouth and around 4 hours from Christchurch.  The closest airport to Punakaiki is in Westport, which is only serviced by domestic flights.

END_OF_DOCUMENT_TOKEN_TO_BE_REPLACED 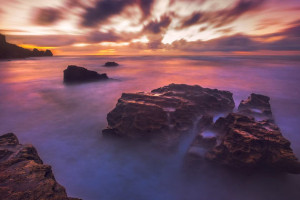