The park derives its name from Arthur’s Pass, the highest pass over the Southern Alps. 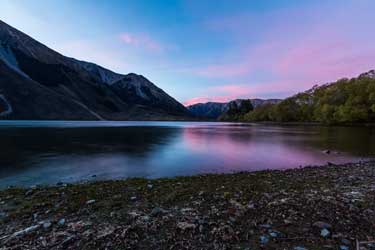 While the pass was discovered by European settlers in 1864, Maori hunters had long known of the pass as a route between the east and the west.

Normally, the eastern side of the park is drier than the western side, with the east consisting of beech forest and wide riverbed while the west is predominately dense rainforest.

Much of the park’s geography was formed by ancient glacial action, leading to the many flat-bottomed, U-shaped valleys.

Arthurs Pass National Park – What to Do

The park is filled with wonderful walking tracks that will allow visitors the opportunity to experience the two sides of the park, each of which is equally beautiful in its own, unique way.

Almost all the walks begin from the highway and take walkers to a number of the park’s most beautiful attractions, including the Devil’s Punchbowl Falls, Bridal Veil Track, the Historic Village Walk, Temple Basin, and the Dobson Nature Walk.

If you are a more ambitious walker, there are also a number of full day walks, such as Con’s Track, Avalanche Peak, Mount Aicken, and Mount Bealey.

Skiers will relish a visit to Arthurs Pass National Park.  The Temple Basin Ski Area is located on the Slopes of Mount Temple above Arthur’s Pass.

The ski area is open each winter from late June to early October.  The area is suitable for all levels of skiing, and in recent years, it has become very popular among snowboarders. 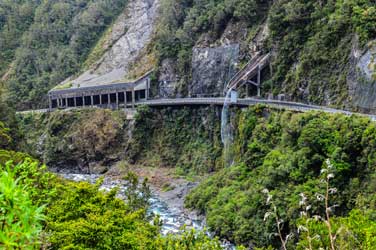 Given its location on the great divide of the South Island it should be no surprise that the park is also a popular spot for mountaineering.

The park offers a wide array of traditional climbing options, including specialized challenges for ice climbers and rock climbers alike.

There are also a number of wonderful cafes where visitors can enjoy lunch, coffee, tea, or any other beverage of their choice.

Visitors should be aware that while Arthurs Pass National Park is filled with beautiful scenery, it also has the reputation of being New Zealand’s most dangerous park.

The mountains surrounding Arthur Pass have some very difficult terrain and many of the trails ascend more than 1000m and include several hours above the tree line.

Walkers are heavily exposed to the weather in these locations and as such, need to exercise extreme caution while on these walks.

It is recommended that walkers inform someone not walking with them of their hiking plans and when they expect to be back.

The Department of Conservation provides 30 hikers’ huts and shelters within the park.   Additionally, the park is just under two hours by car from Christchurch on the eastern side of the divide and just under an hour from Greymouth on the western side.

Both Christchurch and Greymouth have a variety of accommodation options that can suit every budget and taste.

Arthurs Pass National Park is in relatively close proximity to both Christchurch, which has a large, international airport, and Greymouth.

Visitors from abroad will be able to fly into Christchurch from multiple international destinations.

END_OF_DOCUMENT_TOKEN_TO_BE_REPLACED 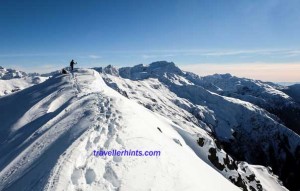