Whangarei Falls Is the Main Waterfall Attraction for Visitors

WHANGAREI: ENDLESS ACTIVITIES IN THE, “CITY BY THE SEA”

The northernmost city in New Zealand, Whangarei is the capital of the Northland Region and a part of the Whangarei District.

Members of the Ngaphui tribe occupied the Whangarei area as early as the first part of the 19th century.  Captain James Cook and his crew were the first Europeans to land at the port at Whangarei and consider it as a fishing destination.

In fact, Captain Cook’s crew caught over 100 “bream” (which would now likely be considered snapper) there one day, which prompted Captain Cook to refer to the bay as Bream Bay.

The areas has also seen its fair share of conflict.  In the 1820’s the area was repeatedly attacked by non-local Maori tribes as a part of the Musket Wars.

In 1839, the area received its first European settler, William Carruth, who was subsequently joined six years later by Gilbert Mair and his family. 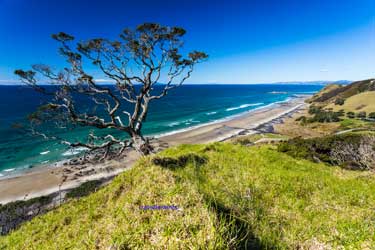 Despite relations between the new settlers and the Maori being largely cordial, in 1842 all the European settlers had their property plundered by the Maori as retribution for certain perceived transgressions.

Only three years later, all the settlers fled Whangarei during the Flagstaff War, with many of those original settlers never to return.

By 1855, Whangarei had recovered, with a small town having been built around a nucleus of farmers who had moved to the area.  By 1864, the core of the present city had been established.

What to Do – Whangarei

Whangarei offers many attractions and activities for visitors.

Sometimes referred to as the, “City by the Sea,” the town has a lot to offer.

Visitors should certainly make a trip to Mount Parihaki, which is the highest point in the city.  The mountain is a volcanic dome that rises 241 metres just northeast of the city centre.

The dome is around 20 million years old and a part of the greater Harbour Fault Line.  The mountain was once the site of the largest Maori Pa (fortified village) in New Zealand.

Visitors can still see the excavations and an interpretation of the village is available at the site, which is easily accessed from a path through native forest from the summit.

The mountain is also surrounded by the Parihaki Scenic Reserve, which contains three wonderful walking tracks and fascinating wildlife.

The tracks have a number of entry options allowing for visitors to tailor the walks and their distance however they like.

All the tracks pass through native brush filled with beautiful ferns and palms.  Visitors might also see a variety of native water birds, which can be common in the reserve.

Visitors are also likely to see a number of Maori relics and remnants of old settlements along the way as well.

The Hokianga and Dobbie Tracks in particular have a number of old relics and excavations along the way, with more than 100 household terraces and 300 kumara pits having been identified.

Walkers will also enjoy some of the other tracks located in and around Whangarei.  The area is filled with a number of tracks that are perfect for just about anyone.

There are a number of coastal walks, forest walks, and even a couple walks that lead visitors to waterfalls within the area.

Whangarei Falls is the main waterfall attraction for visitors to Whangarei.  This picturesque waterfall plummets down 26.3m over basalt cliffs.

There are two viewing platforms from which visitors will get wonderful views of the mountain, perfect for taking photos.

The foliage around the falls is filled with a variety of native New Zealand bush, including, nikau, totara, manuka, to kouka, and ponga.

Within that gorgeous native foliage, visitors can find a number of native birds as well, such as the native wood pigeon and the grey warbler.

Traditionally, the falls were a good eeling spot for the Maoris that occupied the area.  It is believed that the base of the falls was once a sacred site where people would wash the wounded and the dead.  As such, the area was known by the Maori as an area of healing.

The falls has a track that allows visitors access.  The track loops around the waterfall, going down one side, across a footbridge at the bottom of the waterfall, and back up the other side.

The track is very well maintained and is suitable for visitors of all ages and ability levels.  However, visitors should be warned that the track do zig zag down the steep slopes.  The walk takes around 90-minutes to complete.

Located around 45-minutes away from Whangarei, Piroa Falls are a hidden gem tucked deep into native forest.

The falls are a part of the larger, Waipu Gorge Scenic Reserve, which is just south of Whangarei.

There is a short track that will take visitors to the falls in only around 20-minutes.  Once there, visitors can take in the beautiful falls as well as enjoy some swimming. 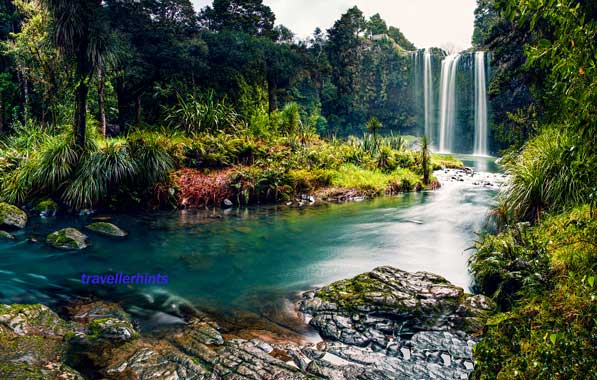 To get to Piroa Falls from Whangarei, visitors should start travelling south.  Just as they are about to start driving up the Bryderwyns, there is a right turn onto Waipu Gorge Road.

Follow that road for around 7 kilometres and you will reach the parking area and the trailhead.

If you aren’t up for hiking, or need a break from all the hiking you have done, then wander on down to the Town Basin.  The Basin is home to an international yachting marina with restaurants, cafes, and specialty shopping.  There is also a loop walkway where visitors can meander as they poke their heads in the shops at their leisure.

In addition to the restaurants and the shopping, there are also a number of art galleries showcasing a wide array of different works of art.  If museums are more your thing, the Basin has those as well.  The Basin has every singe possible amenity you might expect from an urban area in a quieter, waterside setting, thus making it the perfect place to spend a relaxing afternoon during your visit to Whangarei.

Another popular natural attraction to Whangarei are the Waipu Caves.

The caves are entirely undeveloped and free to enter.  However, you do enter at your own risk.  The Waipu Caves contains the largest cave passage in the Northland Region.

The ceiling of the cave is covered with eerie stalactites.  Just to the left of the cave entrance is a huge stalagmite.  There are no tracks or paths in the cave, so it is up to you to create your own adventure, carefully, or course.

There are times where it might become necessary to climb over mud banks or to wade through water.  There are also sections where the caves become quite narrow.  In the third, and final chamber, visitors can take in a truly breathtaking sight.  The third chamber is filled with a “galaxy” of glowworms.

The juxtaposition of the glowing worms in the utter darkness of the giant chamber creates the illusion of the night sky.  If you are willing, and able, to make it through the labyrinth of caves to this chamber, it is certainly worth seeing.  However, visitors hoping to tour the caves should be aware of the following things:

1)   The caves can fill with water quite quickly.  As such, you should always check the prior week’s rainfall before entering.

3)   Ensure that all equipment is in good working condition.  Anything that requires batteries should be checked before hand with extra batteries available should they be needed.

5)   Sinkholes are a common feature in the caves.  Please stay on the areas that appear to have been well travelled.

In addition to walking trails, Whangarei is filled with a number of different biking trails as well.  The Glenbervie Forest Mountain Biking Trail is regarded as possibly the best trail north of Auckland.  It isn’t so much a trail as a network of 46 trails spanning over 169 kilometres ranging in grade from 2-5+.  As such, it is suitable for a variety of different levels of ability and fitness.

Another popular biking track is the Waimahanga track, which is a metalled, all weather track that runs for 4-kilometres.  This is an easy track, thus making it the perfect track for the whole family to enjoy.  The track runs through a mangrove forest and one of the highlights of the ride is seeing the rich diversity of wildlife that lives in the mangroves.

Water enthusiasts will enjoy the wonderful diving and cruising options on offer in Whangarei.

There are a huge number of operators that run cruises, diving tours, and other water-based tours and activities.  Visitors wanting to enjoy a day out on the water surfing, fishing, diving, or just exploring the coastline on a boat will have no problem finding a cruise, tour, or rental company that can provide them with what they need.

Whangarei is filled with an array of wonderful accommodation options.  Ranging from basic backpackers hostels, to luxurious hotels, to self-contained holiday rentals, there is something for every taste and budget in Whangarei.  Visitors should have no trouble at all finding something that will meet their needs.

Whangarei is very accessible for those visiting from outside New Zealand.  First off, the town is only a two hour drive north of Auckland.  This makes it very easy to fly into the capital, home of the country’s largest airport, and complete the reasonable drive to Whangarei.

If you don’t want to rent a car, there is also a bus service that runs from Auckland International Airport daily.  Alternatively, you can take the train, or even catch a connecting flight right to the airport in Whangarei.  There are also regular flights from Wellington to Whangarei.

END_OF_DOCUMENT_TOKEN_TO_BE_REPLACED 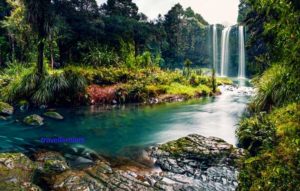 Whangarei Falls Is the Main Waterfall Attraction for Visitors

WHANGAREI: ENDLESS ACTIVITIES IN THE, “CITY BY THE SEA”