OAMARU: BEAUTIFUL ARCHITECTURE AND FASCINATING BLUE PENGUINS, ALL IN ONE

Oamaru is the largest town in the region of North Otago on the South Island of New Zealand.  It is the principal town of the Waitaki District and is situated 80 kilometres south of Timaru and 120 kilometres north of Dunedin.  Oamaru is right on the State Highway 1 and the Main South Railway Line. 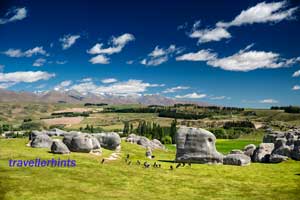 Oamaru has a very interesting history and the town is home to a number of very important archeological sites.  Those at the Waitaki River mouth and at Awamoa both date all the way back to the Archaic era of Maori culture, around 1100 C.E.

Further sites at Tamahaerewhenua, Tekorotuaheka, Te Punamaru, Papakaio, and Kakanui date back to 1500 C.E. as well.  According to the Maori story, the area was created when the ancient people of Kahui Tipua built a canoe, in which they sailed from Southern New Zealand all the way to their ancestral Polynesian homeland of Hawaiki.

Upon its return, it got waterlogged off the coast at the mouth of the Waitaki River.  The food baskets on the boat ended up at Matakaea (Shag Point), where they subsequently created Danger Reef.  One of the crew members made it to land, seeking water, but never made it back to the ship.  The man then became a hill in the middle of the Shag Valley. 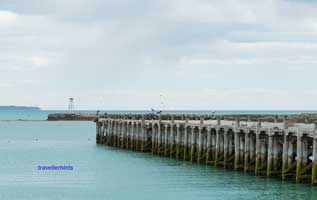 There is a long history of settlement in the region, both among the Maori and among European settlers as well.  The town now is home to some of the best-preserved heritage buildings in New Zealand as well as some fascinating wildlife.

Oamaru is home to some of New Zealand’s best-preserved heritage buildings.  From the late 19th century on, the town prospered through gold-mining, stone quarrying, and timber milling.  The wealth acquired through these endeavors allowed for some of the era’s most wonderful architecture to be built in Oamaru.  Visitors should certainly spend some time walking around the town and taking in all the beautiful architecture that Oamaru has to offer.

If just looking at the buildings isn’t interesting enough, many of the are filled with fascinating museums, quaint shops selling all sorts of different goods, or galleries boasting some of the region’s most beautiful local art.  You really don’t need a plan in Oamaru.

The town is small enough that it is very walk-able and you can just meander the streets and find any number of fascinating and interesting things. 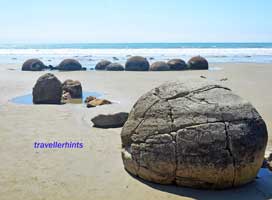 The Oamaru area is also home to a Blue Penguin colony, which serves as a major draw to the area for visitors.  The Blue Penguin is the world’s smallest penguin, only measuring around 30cm tall and weighing in at around 1kg for the average adult.

While the Blue Penguin generally lives to be around 8-10 years old, the Oamaru Blue Penguin Colony has a 25 year old penguin among its ranks.

The Blue Penguin breeds only on the coastal mainland of New Zealand and southern Australia.  However, Oamaru is home to one of the largest colonies.  Nestled under a cliff along the historic harbour foreshore, the Oamaru Blue Penguin Colony is just beyond the Victorian Heritage Precinct.

This makes it easily within walking distance of the town centre as well as within very close proximity to a number of shops, restaurants, and different accommodation options.  Visitors to Oamaru have the opportunity to take a variety of different tours on which they will see the Blue Penguins and learn all about their lives.

There is even a day viewing facility where visitors can look into the top of 10 different nesting boxes through a viewing window.  All the windows are connected by a tunnel that makes it easy for visitors to see a number of different nesting burrows.  If you want to see the penguins in a more active state, then take the evening viewing tour where visitors can see the penguins returning from their daily fishing trips. 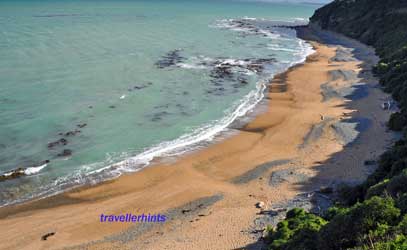 At this time, the penguins will walk up a stone ramp right in front of a viewing area and back to their nesting burrows.  The Blue Penguins truly are a fascinating site and are a must see for anyone visiting Oamaru.

Oamaru is filled with a wide variety of accommodation options.  Ranging from affordable backpacker’s hostels all the way up to luxury resorts, there is something for nearly every taste and budget in Oamaru.

Oamaru is very accessible thanks to its location within reasonable distance from both Dunedin and Christchurch.

END_OF_DOCUMENT_TOKEN_TO_BE_REPLACED 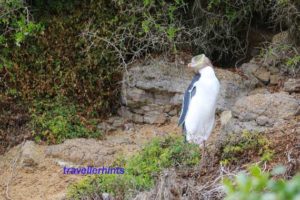 OAMARU: BEAUTIFUL ARCHITECTURE AND FASCINATING BLUE PENGUINS, ALL IN ONE