Kaitaia - Only a Short Distance from Cape Reinga

KAITAIA: THE GATEWAY TO THE FAR NORTH

Kaitaia is a town in the Far North District of New Zealand.  The towns sits right at the base of the Aupouri Peninsula, around 160 kilometres north of Whangarei.

It is also only a short 5 kilometre drive away from the southern end of Ninety Mile Beach.  Kaitaia holds the distinction of being the last major settlement on the State Highway 1, quite literally making it, “at the end of the road.”  Kaitaia has the second largest population in the Far North District, behind only Kerikeri.

Kaitaia has a rich history, with the Kaitaia Mission Station being located in the area starting as far back as 1833.  Founded by representatives from the Christian Missionary Society, including Samuel Marsden, Joseph Matthews, and William Gilbert Puckey, the mission was responsible for attracting the first European settlers to the area.

The original families formed a tight bond, both with each other and with the local Maori community as a number of their members learned the Maori language. 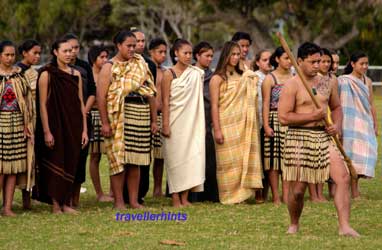 The missionaries largely brought peace to the area, facilitating a number of tribal disputes.  By 1920, the area had grown enough that there was talk of extending the Okaihau Branch Railway to Kaitaia.  The extension actually began construction but a review halted its progress before it actually reached Kaitaia.

What to Do -Kaitaia

Kaitaia has no shortage of entertainment opportunities.  The town is referred to as the gateway to the north, and it is a great base for visitors looking to explore the far northern reaches of New Zealand.

The town is only a short distance from Cape Reinga, nearly the northernmost tip of the country (North Cape is ever so slightly farther north).  At Cape Reinga, visitors can see where the Tasman Sea meets the Pacific Ocean in a captivating swirl of currents.  The tip of the cape is home to a pohutukawa tree that is believed to be over 800 years old.

The tree holds special significance to the Maori, who believe the spirits of deceases Maori jump from the tree into the ocean in order to return to their ancestral homeland.  Cape Reinga is also home to a lighthouse that boasts truly stunning views.  When it comes to views, there are few locations that offer better ones than Cape Reinga.

Of course, the beach is more than just a road.  The beach is home to some of the best left-hand surf breaks in the world, making it a surfer’s paradise.  In late February or early March it is also home to a five day fishing competition that attracts hundreds of anglers all hoping to catch the biggest snapper.  The beach is also a wonderful place to take in a sunset.

Kaitaia is also right in the midst of a particularly fertile agricultural region that is responsible for attracting a number of visitors to the region.

Not far away is the Karikari Estate, New Zealand’s northernmost vineyard and winery.  The area also supports a thriving fruit farming scene, with avocados being especially plentiful in the area.

Like most rural agricultural towns in New Zealand, Kaitaia has its own annual Agricultural and Pastoral Show.  Those interested in the agricultural industry surrounding Kaitaia, whether it is the wine or anything else, will find this festival to be both very enjoyable and informative.

Where to Stay – Kaitaia

Kaitaia is home to a wide variety of accommodation options, ranging from simple and affordable campgrounds to luxurious coastal resorts.  No matter your taste or your budget, there is something for you in Kaitaia.

Visitors travelling from abroad are treated to a variety of options with regards to how they will travel from their starting destination to Kaitaia.

InterCity operates a daily coach service from Auckland via Kerikeri.  Additionally, Kaitaia is home to its own airport, the only one in the Far North District, that is serviced from Auckland by Great Barrier Airlines.

END_OF_DOCUMENT_TOKEN_TO_BE_REPLACED 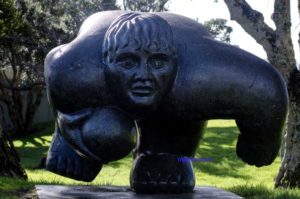 Kaitaia – Only a Short Distance from Cape Reinga

KAITAIA: THE GATEWAY TO THE FAR NORTH