Canakkale - Similarly to Istanbul, Canakkale has land in both Europe and Asia, with the city being located on the southern or Asian side of the Dardanelles Strait. The straight links the Marmara and Aegean seas. Like many cities in Turkey, Canakkale is replete with fantastic history as well as mythology. 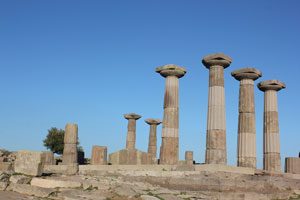 The re-manence from the ancient city of Troy is right up the road; the 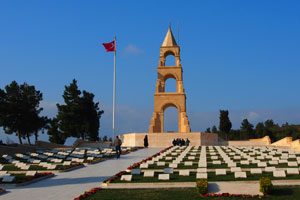 Dardanelles was the setting of the legend of the Golden Fleece, where the daughter of Athamas was drowned; and just a bit north in the town of Abydos is where Leander swam across Hellespont nightly to unite with his lover Hero (Helle was the daughter of Athamas, so the waterway was named after her following her death).

During WWI, Canakkale and much of the area surrounding was the stage for a year-long battle, which took the 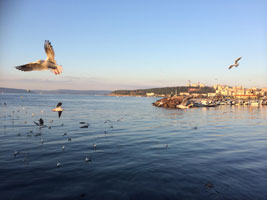 lives of thousands on both sides of the war and has remained a site of reverence and pilgrimage to this day.

You can visit Gallipoli by taking a ferry across the strait (this was a historic battle during WW I where British, French, Australian and New Zealanders invaded).

Currently, Canakkale is a vibrant sea port city with a vibrant mix of university students and a total population close to 200,000

Archeological Museum – Contains ancient artifacts from all of the surrounding areas around Canakkale. The museum contains five different halls and is quaint, but there is much to offer if you are interested. – Or saat kulesi, is a five story Ottoman tower built in 1897. The tower is located by the tower close to historic cannons from WWI and the Canakkale Pot.

Gokceada & Bozcaada – Two islands off the coast in the Aegean for a nice day trip. They are just a ferry

boat away, but close to 40 km away from each other. If you are visiting during winter months, it may be more difficult to visit with thrashing seas.

Kent Museum – This museum has given itself to capturing the lives of Canakkale’s citizens since the Ottoman Empire.

An array of newspaper clippings, photos and artifacts try to capture these moments in time. Many of the museum’s valuables have been donated by the local people.

Kilitbahir – Located just a ferry boat ride away on the Gallipoli Peninsula, Kalitbahir is famous for its beautiful, well preserved castle which is illuminated and shines over the strait at night.

If you are interesting in visiting the Naval Museum, many smaller ferry services run extremely close from the museum to Kilitbahir. 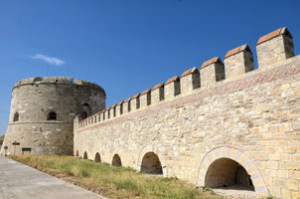 Located in the Old Town, the Korfmann Library was once a 19th century school building.

Trojan Horse – The archeological site of Troy is a between 20-30 km away from Canakkale and has a famous, reconstructed Trojan Horse.

Last updated on February 17th, 2020 at 05:48 amKiev hasn’t well organized Kiev Sex Tour like Bangkok Thailand. Well, I have to remind you because of illegal prostitution in Ukraine. But tourists could find some of the best Kiev nightlife tours. Well, Kiev Nightlife tour Guide will arrange some of the fascinating tours during the trip in Kiev.   Why Kiev …

END_OF_DOCUMENT_TOKEN_TO_BE_REPLACED

Last updated on January 9th, 2020 at 04:13 amMINSK SEX – CASUAL HOOK UP, PROSTITUTION, AND MINSK NIGHTLIFE! Many single men-experience travelers are down to the city and looking for Sex in Minsk Belarus. Somehow, Minsk isn’t the sexiest in Eastern Europe. Nightlife culture isn’t a great comparison to Kiev Nightlife, Odessa Nightlife, or Moscow Nightlife. On the other hand, …

END_OF_DOCUMENT_TOKEN_TO_BE_REPLACED 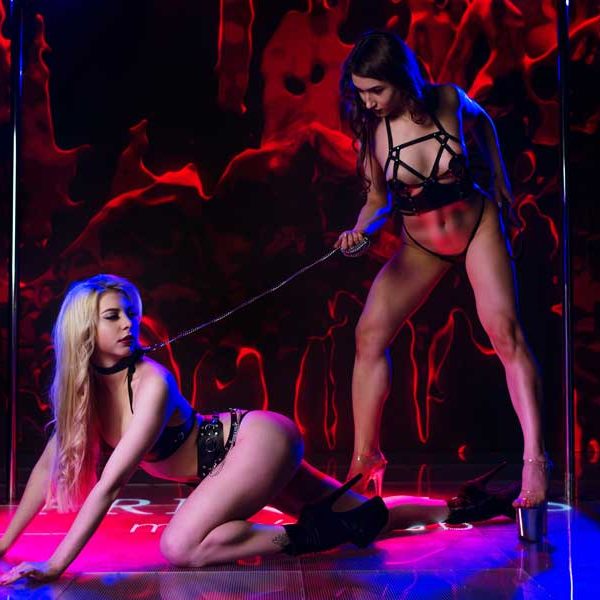 VISITING BROTHELS, first-Timers in Brothels In Australia Behavior Guide. I know of travelers I have met whose sex fantasies have never been achieved in these brothels in the whole of their life. Well, these people are greenhorns whose knowledge is very slack and limited in such areas. Maybe, they are still a virgin.  For them, there is good tiding as the …

END_OF_DOCUMENT_TOKEN_TO_BE_REPLACED 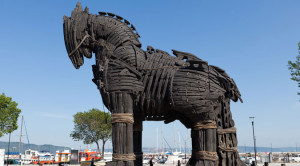 Canakkale - Similarly to Istanbul, Canakkale has land in both Europe and Asia, with the…