Peru is a land of variety, from its gastronomy to its landscapes, and remains a haven for archaeological heritage and natural resources.

Peru is bordered by the South Pacific Ocean to the west, as well as Ecuador, Colombia, Brazil, Bolivia, and Chile. The Andes mountain range  runs through the country, which is rich in natural resources. Originally home to ancient cultures, the western section of South America was once a major hub of the Inca Empire.

Climate is extremely varied, with over 8 different climatic regions throughout the country. Major regions include the coast, highlands, and the jungle, including part of the Amazon rainforest.  Many of Peru’s rivers originate in the Andes or are tributaries of the Amazon. Due to the diversity of topography and climate in Peru, there is also high biodiversity.

It was a land of many cultures, until the Incas spread their empire from Cusco into a dominant area of the continent. They became the largest and most powerful empire in South America, which has had a lasting legacy in Peru.

Modern Peru has been transformed by Spanish Influence.

Since the Spanish invasion in the 16th century, the Inca Empire was destroyed and native populations were greatly diminished due to Spanish disease and military. A mix of ethnicities developed in Peru with the blending of cultures. The Spanish brought slaves into the labor force, capitalized on silver and other natural resources, and monopolized the land under the Viceroyalty of Peru.

Independence was gained in the 18th century through the military action of José de San Martín and Simón Bolívar after centuries of unrest and eventual independence movements.

Th1 19th and 20th centuries brought times of stability and times of turbulence. There was political conflict and wars with surrounding countries as well as human rights violations and economic instability which led to social unrest. There have been increased efforts to stabilize and expand the economy, yet vast economic disparities remain.

Peru is a country with extremely high level of economic disparity, with many marginalized people. Currently under a Presidential representative democratic republic, the national and international politics have largely settled in the 21st century.

There are 25 regions, plus the province of Lima. The nation’s capital is the second largest in Latin America with 10 million people. It was a major hub of Spanish rule for over 300 years and has an interesting mix of history and modernity. It has colonial architecture and Catholic influence is evident with many elaborate churches and monasteries.

Lima is a fantastic place to experience Peruvian culture and cuisine. It is recognized as one of the best cities for gastronomy in Latin America. Try the national dish, ceviche, and Peruvian style sandwiches.

Peru has several fascinating historic sites, many of which are recognized as UNESCO World Heritage sites. Some highlights are Chavin de Huantar, a pre-Incan site, Machu Picchu, a great ruin from the Incan Empire, and Chan Chan, an ancient mud city. The archaeological ruins bring travellers from all over the world, and connect people with the ancient Americas.

The diversity of Peru is apparent in the many beautiful national parks and reservations. Manú National Park has an abundance of tropical wildlife and requires fees and permits to enter. The Paracas National Reserve and Rio Abiseo National Park are two popular natural destinations.

Spanish and Quechua are the major languages of Peru, though many other indigenous languages are spoken. The rates of poverty remain very high, and there is a high level of disparity which is evident in the cities.

Peru is one of the safer and more stable countries of Latin American and is generally regarded as a safe place for travellers.

Peru is a nation of cultural and natural diversity, with an array of destinations, parks and natural features to enjoy. From ancient archaeological sites to striking mountains, huge modern cities and indigenous villages, Peru has a great variety to explore.

END_OF_DOCUMENT_TOKEN_TO_BE_REPLACED

Places to Visit in South America 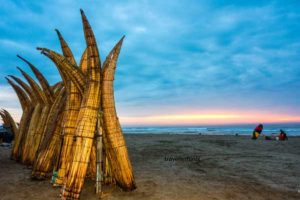 Peru is a land of variety, from its gastronomy to its landscapes, and remains a haven for…