Stunning, extensive coastline, world-class wine, and an indigenous history: Chile is a relatively peaceful, stable country with a global presence and unique Andean-Spanish and European-influenced culture.

Chile is a nation of South America, that takes up a narrow sliver of the western coast of the continent. It is one of the longest countries in the world; Occupying between 17 and 56 degrees latitudes, Chile has an extremely diverse variety of climates, with an official Antarctic Territory as well. Chile has high density of mineral in the Atacama Desert of the north as well.

There are over ten climatic subtypes, and typically four seasons in Chile. Due to the great climatic diversity in combination with geographical isolation, there are limited flora and fauna, yet a high diversity of fungi. Chile’s national bird is the Andean condor. Chile is along the Pacific Ring of Fire and has incredible mountain ranges and volcanoes. Chile is a land of contrasts, from desert to antarctic, massive volcanoes and impressive glaciers.

Historically, Chile was inhabited by Incans in the north, with the Mapuche in central and southern Chile, as well as several other indigenous tribes.  With the arrival of the Spanish, conflict and disease reduced the diversity of tribes. In modern day there are eight primary ethnic groups in Chile, and there are increased efforts to maintain indigenous culture and language.

Chile declared independence from Spain in 1810, and achieved victory in 1818.

Modern Chilean history has seen ethnic conflicts, epidemics, dictatorships, and an emerging modern government and economic model that are building financial success and improved quality of life in the country. Today, there are over 16 million people living in the country. The country is predominantly White, with a mestizo and Native American population, and over 70% of the population is Roman Catholic.

Spanish is the official language in the country. Many young Chileans also speak English, especially in the cities. Indigenous languages make up a small percent, and indigenous youth are often not able to speak their native language.

The nation has a rich intangible heritage, with a great diversity of arts, dance, music, and events. It’s ethnography and folklore are represented in archaeological and religious sites throughout the country.

Cuisine has regional variety, and often features an assortment of seafood and meat dishes, produce, and pastries. It’s rich assortment of cuisine has benefitted from its agricultural indigenous population, access to produce and seafood, and modern contributions from European influence, most notably from Spanish and German migrants.

Beef, potatoes, corn, vegetables, and beans are commonly included in Chilean recipes. Southern Chile tends to serve larger portions and serves more cazuelas, a traditional type of soup. Given the huge coast, Chile has an abundance of fish and seafood and is one of the largest exporters of salmon.

Santiago, the capital and largest city, is a fast-growing metropolis, with a Mediterranean climate, yet the beach and skiing all within a short drive. Cities of Chile have modern amenities and fabulous cultural offerings. Explore museums, dining, and entertainment. Breweries and wine are popular, with the wineries of Chile’s central valleys competing with France and California in global markets. Santiago has extensive nightlife options with an array of  popular bars, pubs and clubs to choose from.

Chile’s unique mix of cultures, contrasting yet beautiful natural features, and tantalizing wine and cuisine brings open-minded visitors from around the world.

END_OF_DOCUMENT_TOKEN_TO_BE_REPLACED 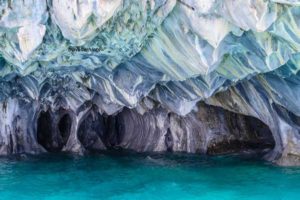 Stunning, extensive coastline, world-class wine, and an indigenous history: Chile is a…