Charming capital which managed to survive its destruction during the World War II today combines the best from both east and west. Warsaw is a compilation of arts, dynamic character of modernity, delicious cuisine & world class dining experience and various entertainment opportunities and pleasant nightlife

Warsaw modern side is shown on the fact, that together with other European cities (such as London , Frankfurt or Paris ) it has the highest amount of skyscrapers in Europe, creating a fascinating skyline. The past is, however, well preserved and breaths through concrete walls and cobbled streets. 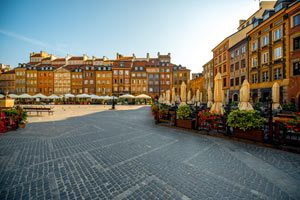 Warsaw is usually ranked among some of the most liveable cities in the world and especially Central Europe (even though the location within Eastern or Western Europe is arguable).

The rebuilt historical Old Town together with modern, glass- and- steel dominated and developed business centre create the true image of this cosmopolitan city which is tailored to a taste of every visitor.

Palace of Culture and Science

Occupying around 76 hectares of ground in the city’s central district, Łazienki Park in the largest park in Warsaw.

The garden complex established in 1764 is a beautiful oasis consisting of palace, amphitheatre, the Old and New Orangery buildings and number of other stunning buildings and small temples.

The park used to serve as the residence for Poland’s monarch and today it is popular for strolls among all citizens including families, especially thanks to its peacocks and classical music concerts during Sunday afternoon. 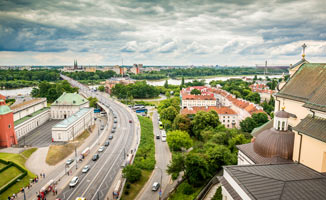 The building was finished in 1955 is one of the most controversial constructions within the country. Nowadays it serves as office complex to various companies, as well as exhibition hall and home to some public institutions including the television broadcasting centre, cinemas, theatres, sports clubs, museums and libraries. One of the biggest attractions is the terrace on the 30th floor offering stunning panoramic view over the Poland’s capital.

Royal Castle: The Royal Castle (Zamek Królewski) is a castle residence dating back to the 14th century. The castle situated at the entrance to the Warsaw Old Town initially served as the official residence of Polish monarchs. It has gone through a tough 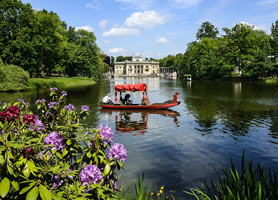 history, especially when it was burnt by Nazi Germans in 1939 and then destroyed in 1944.

Followed by multiple reconstructions, the 90 metres long castle in baroque style (especially thanks to its beautiful Knight’s Room, the Marble Room, the Canaletto Room, the Throne Room, the King’s Bedroom or the Senate Chamber) today belongs to one of the typical landmarks of the city of Warsaw and is also registered on the UNESCO World Heritage List. The interior is open to public for a smaller entrance fee and serves as the Castle museum

The stunning baroque royal palace located in Wilanów district of Warsaw was constructed in 1969 and proudly survived both World Wars. As a reminder of Polish culture before the 18th century, it is  an important masterpiece in Poland’s heritage and it’s one of the national Historic Monuments. There is a museum established within the palace, displaying the Poland’s artistic and royal history. An appealing attraction is also the stunning integral park. This geometric garden comprises of rich vegetation and it is perfect for a pleasant stroll. 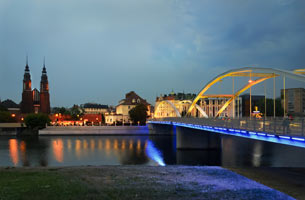 Łazienki Palace: Sometimes also referred to as the Palace on the Water, the baroque style Łazienki Palace is a must see for every visitor seeking flawless combination of art and history.

The Baths Palace (another commonly used name) is situated inside the Royal Baths Park, in the city centre of Warsaw. The palace served as a bathhouse and later as the residence of Poland’s King. The palace built on an artificial island is a stunning example of Neoclassical architecture and, also thanks to its luxuriously decorated interiors, it undoubtedly belongs to one of the most beautiful palaces within the area of Central Europe. 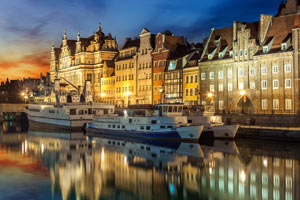 inside the Saxon Gardens of Warsaw is a memorial dedicated to the unknown soldiers (as the name reveals) who lost their lives in the name of Poland during the World War I.

The guard change which takes place every hour and the bigger ceremonial of changing the guards taking place every Sunday at noon both serve as a popular tourists attractions.

Chopin Statue: The Chopin Statue is a sculpt which can be found within the Royal Baths Park in Warsaw.

This large statue made of bronze symbolizing the composer Frédéric Chopin was erected in 1926 (the original one was destroyed during the World War II) and the current statue comes from 1958. There are also In the short distance of the statute, such as the Belvedere Palace, the White House or the Amphitheatre.

The real gem of Krakowskie Przedmieśćie, that is the Presidential Palace – the official residency of the president of the Republic of Poland.

The building constructed in the 1640s, now in the Neoclassical style, and it has been rebuilt and renovated multiple times during the past. It served as a private property for aristocratic families during its early years. 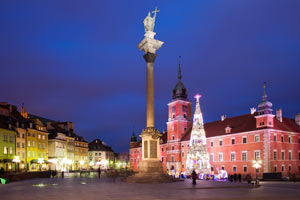 also the place where youg Frederic Chopin performed publicly for the first time back in 1818.

Church of the Holy Cross: The Roman Catholic church is, as many significant historical buildings, located at the Krakowskie Przedmieśćie of Warsaw.

The baroque building is mostly popular among visitors thanks to the small urn stored inside the church, which is enshrining the heart of the composer Frederic Chopin since 1882. Apart from this precious relic, the church is a great piece of art thanks to the Baroque altarpieces and twin towers with Baroque crowns.

Czapski Palace: The Cyapski or also Krasiński Palace on Krakowskie Przedmieście in the centre of Warsaw was built between 1680 and 1705 and has served as a home to many famous people during the history, including the world class composer Frederic Chopin or artist Zygmunt Vogel. After several reconstructions, he Rococo-architecture masterpiece today treasures the Warsaw Academy of Fine Arts. 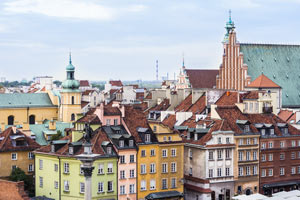 Warsaw Citadel: The Citadel built in 1834 is little bit hidden on Wybrzeże Gdyńskie.

The complex is a fortress initially built in order to support the control of Russians over the city after the fall of the November Uprising and served as a prison and place of executions.

The well preserved complex of prison cells is used as a museum with several exhibits.

END_OF_DOCUMENT_TOKEN_TO_BE_REPLACED 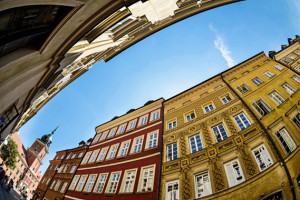