Black beauty of white Iceland. Vik is a small, quaint village of just 450 people around 180 km south-east of Reykjavik, located right off of the Ring Road, thus making it the perfect turn around point for those looking to make a day trip from Reykjavik.

The Vik Town village sits directly beneath the Myrdalsjokull glacier atop the Katla volcano.

While the volcano has not erupted since 1918, geologists speculate that the next eruption is not too far off.

Vik is the southern most village in Iceland and like most of coastal Iceland, it experiences cold, but not severe, winters and short, cool summers.

However, due to Vik’s southern location on the island, it finds itself on the windward side of the Gulf Stream, Vik receives 2,275 (90 in.) of precipitation annually.  This makes Vik the wettest coastal town in Iceland, with Vik receiving three times as much precipitation as Reykjavik and five times as much as northern hub Akureyri.  Despite all that rain, there are a number of interesting and beautiful things to see either in, or nearby the village.

The Black Sand Beach: While you probably won’t be jumping into the water for a quick dip, the black sand beach at Vik, known locally as Reynishverfi is a truly beautiful sight.

It is just 10km from Vik and is one of the primary attractions for visitors to the area.  In 1991, Islands Magazine ranked the black sand beach at Vik in its top ten most beautiful non-tropical beaches in the world.

The long strip of jet black sand sitting at the foot of towering cliffs makes for a very dramatic sight.  Additionally, it is at this beach that you will find 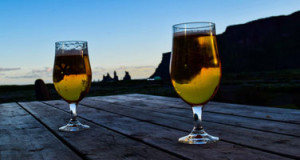 Icelandic legend (and Icelanders sure do have a lot of legends) has it that the formation was formed when three trolls tried to drag their ships ashore.  Geologists have deduced that Reynisdrangar is actually the remnants of an older, more extensive cliffline that has now been worn away by the strong and stormy water along the coastline. 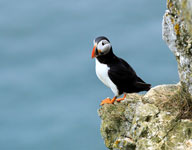 At one point, it was an island of volcanic origin.  However, now, it is a large, arched peninsula jutting out off the coastline.

In addition to the fascinating rock formation at Dyrholaey itself, on a clear day the peninsula offers stunning views of the Myrdalsjokull glacier to the north, Reynisdrangar to the east, and the entire

Icelandic coastline nearly all the way to Selfoss on the west.

Additionally, in the summer, many puffins nest off the cliff faces at Dyrholaey.  Dyrholaey is accessed by road 218, which is right off the Ring Road.  Dyrholaey is located at the end of road 218. When 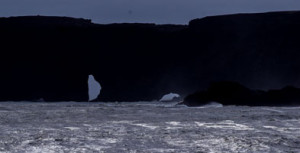 you reach the end of the road, you can either go to upper Dyrholaey, which provides you will the stunning views, or lower Dyrholaey, where you can explore the beach.  Both are recommended.

Sólheimasandur Plane Crash: The Solheimasandur plane crash is one of the most haunting and eerie sights in Iceland.  With that being said, it is also one of the country’s most fascinating and iconic sights.

In 1973, a United States Navy Douglas Super D-3 airplane was forced to crash land in the middle of the black sand beach at Solheimasandur.  While all the passengers survived, the plane 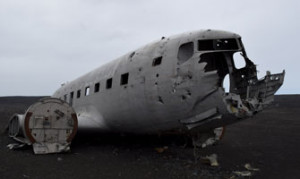 It now sits, without its tail and wings, and full of hole and rust, in that same remote Icelandic sand flat.  Whether you are a history buff, or a photographer, or just a general tourist, it is a fascinating sight and is highly recommended if you can make it there.

FYI, the plane wreck is a little bit tricky to find.  After you drive past Skogafoss going east on the Ring Road, you will find a turn off for the Sólheimajökull Glacier on the left.  Continue past this turnoff for approximately 2km, where you will find another dirt road turnoff with a gate on the right.

Shortly after going through the gate and taking this turnoff, you will see a sign suggesting 4WD.  Unless there is fresh snow, you should be fine without it.

You will then take this road, keep left at the fork when you get to it, and follow the road out on the black sand beach towards the ocean.  After a few miles, you will see the plane.  Don’t panic if you don’t see it right away, a sand dune will keep it blocked until the last minute.

Vik Church: Unlike some other things on this list, the small church in Vik is located within the town itself.  While it might not be spectacular like a gothic cathedral, its simplicity and quaintness is a perfect example of the nordic church design.  Pretty much every village in Iceland has a small cathedral built in a similar style.

Hiking: Like most places in Iceland, hiking is a popular activity in and around Vik.  Hiking trails, where visitors can walk both independently, or with a tour, can be found around and on the black sand beach, Dyrholaey, and in the hills around the town.

Additionally, for those who want to make their visit to Vik a multi-day hiking excursion, there is a campground in Vik where visitors can stay so they can do more of the hikes in the area.

END_OF_DOCUMENT_TOKEN_TO_BE_REPLACED 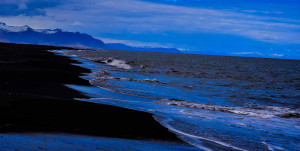