Visit Moscow City was one of my biggest dreams!

Planning to visit Moscow? TOP 12 attractions. Visiting Russia, every traveller with a special feeling recalls a visit to Moscow — the capital of the largest country in the world.

A number of historical sites, museums, and just beautiful views in Moscow are beyond counting. What places in Moscow should you pay attention to in the first place? Let’s get started! 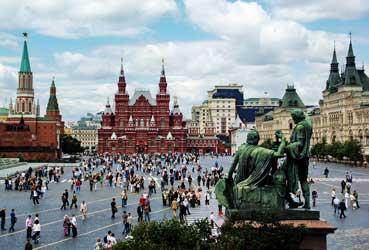 What to visit in Moscow in the first place? That is, without a doubt, the Red Square. This is a real priority and a symbol of Russian culture and history. It is one of the largest city squares in the world, the main attraction of Moscow and the centre of attention of foreign filmmakers –  the Red square, the “heart” of the capital and the most popular item on the list for visitors.

If you have not been to red square – you were not in Moscow! The starting point for all tours of the historic centre – there are major political meetings and the Victory parade. Around the Red Square, there are all the main temples, political and cultural centres of the capital of Russia. 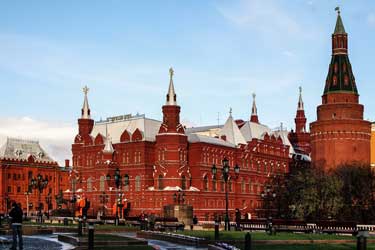 The next important landmark in Moscow – the Kremlin. It is an ancient fortress in the Red Square which served as a military shelter for the ancestors of modern Muscovites.

Today, the Kremlin is a historical, cultural and political centre of Russia – the Russian Federation President and government agencies work in this building. However, the Kremlin’s territory is quite accessible – here you can listen to a fascinating tour and see a collection of ancient cathedrals, visit the Faceted Chamber and views of the Moscow River. 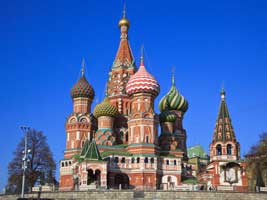 Come on, although, you do not have to go far. At the same Red Square in Moscow, it is impossible not to draw attention to the unique Orthodox church of St. Basil. It is wea ll-known architectural monument of Russian Revival and always attracts attention not only of passers-by and visitors to the city, but also the attention of artists, filmmakers and poets.

The cathedral was built by order of Ivan the Terrible. Its wooden original version bore the name of the Trinity and received its current name thanks to the famous Holy-Holy fool. The unusual dome of the cathedral symbolizes the heavenly Jerusalem. The majestic landmark, which is undoubtedly worth seeing in Moscow. 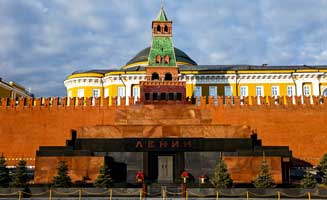 The historical significance of Lenin’s activities that have changed the course of Russian and world history – it is difficult to underestimate. To this day, the leader of the world revolution lies in the Mausoleum, a symbol of a bygone Soviet era. To visit Lenin in Moscow in the embalmed condition, you need to defend a huge turn, after passing the gate with an honour guard. 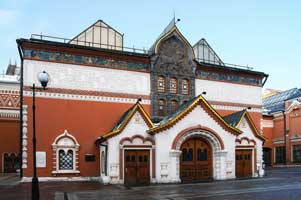 Art lovers should visit Tretyakov gallery in Moscow. This is the main art Museum of Moscow and one of the largest collections of Russian art in the world. The Tretyakov gallery was founded in the mid-nineteenth century by the merchant P. Tretyakov for the purpose of preservation of Russian cultural heritage. Today, the Museum complex includes several churches, museums and historical centers. 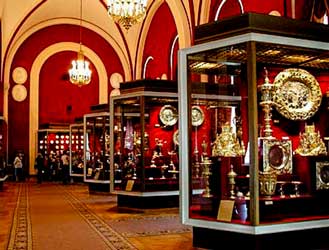 The largest collection of natural gold nuggets, jewels, precious metals and jewellery appeared in Moscow with Peter the Great. He ordered to form a collection of Russian natural jewels for the glory of Russia and for the benefit of succeeding generations. Unique exhibits – from the great crown of the Russian Empire to the largest diamonds, sapphires, emeralds, royal regalia and jewelry masterpieces of fishing – all amazing and remembered for a lifetime. And to see it all – you need to visit the Diamond Fund in Moscow. 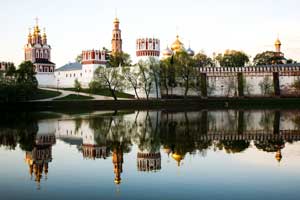 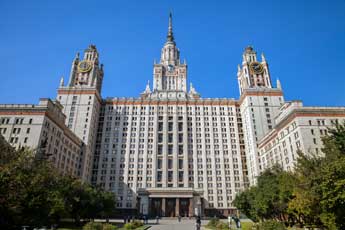 Undoubtedly, every tourist will be excited to see one of the most remarkable buildings in Moscow – the Moscow State University, whose spire can be seen from afar due to its location on the Sparrow Hills. “Park “Vorobyovy Gory” is one of the most beautiful places in Moscow. It is located in the South-West of Moscow, on the right bank of the Moscow river.

The name of this Park derives from the name of the merchant Vorobyov, whose seigniorial tenure were located in these places almost 500 years ago. Here stands the gorgeous Trinity Cathedral, the remains archaeologists Dyakovo culture have found, and also located Vorobyevsky Palace – the former residence of the princes of Moscow. 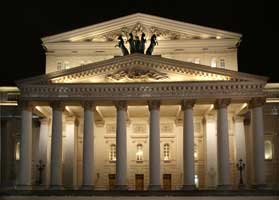 Visit Moscow: The most famous opera-ballet in the world “The Bolshoi Theatre”

Bolshoi Theatre in Moscow – one of the oldest Russian theatres, founded in the XVIII century by Catherine the Great. Today, the theatre impresses with its high level of performance of all genres – from Opera to ballet, as well as by its luxurious interior and a number of spectators. It is always running the “stars” of music, song and dance.

Today ” Bolshoi theatre ” is a real international brand, a symbol of Russian culture and the collection of outstanding talent.. The Bolshoi theatre, provided by the company in 1856 Alexander the Second, was one of the main tourist spots of Moscow, and the performances were a dream to visit for all lovers of Opera and musical performances.

The contribution of the Bolshoi theatre for Russian history and culture is invaluable, for which the institution has repeatedly received the state award and the highest award. 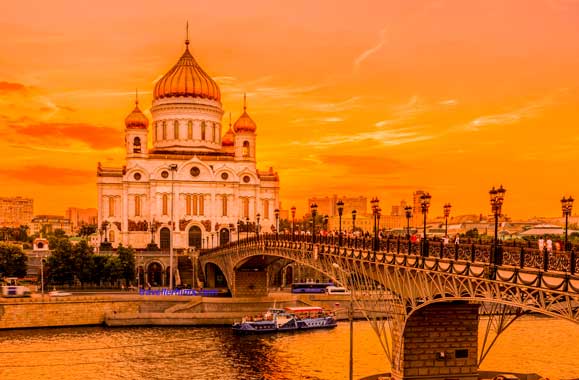 In Moscow, a lot of Orthodox cathedrals with ancient history and diverse architecture is located. Each of them is worth to see. The Cathedral of Christ the Savior — the largest, was destroyed by the Bolsheviks, then restored to the old drawings, and became a symbol of religious revival in the country.

The Assumption Cathedral is the landmark of the Kremlin, the main Cathedral for service of the Patriarch of Moscow and all Russia. It is also a place of pilgrimage of Orthodox Christians and of admiring fans of Russian architecture. Archangel Cathedral in the Kremlin line of sights stands out for its marvellous frescos and Necropolis of the Moscow princes. 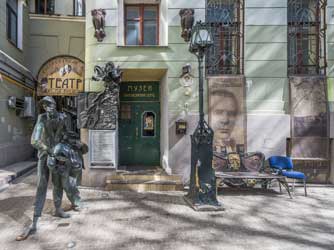 “The master and Margarita” — the most famous work of Mikhail Bulgakov, has become a favourite reference book for many Russians.

All fans of this work are highly recommended in Moscow that very house, where he settled on the plot of his novel – charming representatives of the other world are a fair, but strict demon Woland, the cat Behemoth, mysterious, Hella, and Azazello and Koroviev. Here, in a bad apartment, took place the famous satanic ball, which the regulations of the majestic and beautiful Margarita, ready to make any sacrifice for her lover – a brilliant, but unrecognized Master.

Fans of the novel have long adorned the whole building and the neighbourhood declarations of love to the heroes of books and professional guides. Be ready to spend an exciting walk with the literary-cultural commentary. 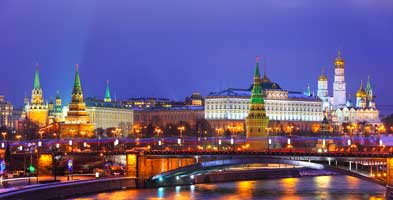 Moscow wasn’t built in a day, as sung in the famous song. During its long, thousand-year history, the capital was wood, and white stone, and has completed the period of Soviet architecture after the Imperial style… But over the last two decades, in a market economy, the capital has become a real business and the economic and political centre with appropriate monumental buildings.

Moscow-city is the impressive equivalent of the American Manhattan, which is still evolving and being built. 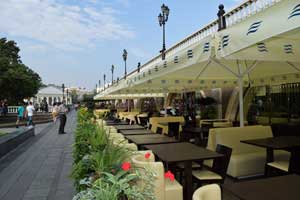 Those who had previously visited Moscow, this luxury place become so modern and dynamic it has become. Elegant high-rise buildings, cleaving the sky, a new highway and breathtaking ambitious projects – all worth seeing with your own eyes to assess the level of development of the modern Russian capital, to admire the Majesty of the ancient. Such a progressive and vibrant city. 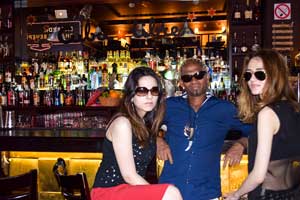 Traveller Hints to Mosco -, Now you know what to see in Moscow, but it is worth so much more – those are only the main sights of the city. If you come here for a long time, you will not be bored for even a minute.