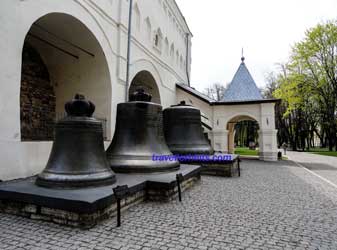 Despite paying tribute to Golden Horde, Veliky Novgorod was the only ancient Russian settlement which never underwent the Mongolian Invasion. Thanks to that, the city managed to preserve its unique ancient Russian architectural monuments of the pre-Mongolian period.

These buildings can be visited nowadays; they are churches, cathedrals and monasteries of that time. In 1999, 11 of them were designated by UNESCO as World Heritage Sites.

One of the peculiarities of Veliky Novgorod has always been and still is the fact that the city is located on two opposing river banks.

The city is divided into Torgovaya and Sophiyskaya sides by the Volkhov River. In the past centuries, this division wasn’t purely geographical, but it also led an to opposition among the city dwellers. At times, it resulted in open conflicts and fistfights on the bridge uniting two parts of the city. As time passed, these two parts turned into a historical and cultural centre of the city and the city kept growing on both sides eliminating the opposition.

If you take a walk along the historical centre of the city, you will be amazed by the number of ancient monasteries and churches that were preserved here. But the city is also full of nice and modern places to eat and entertain yourself. There’re a lot of cafes, restaurants and some nightclubs as well. 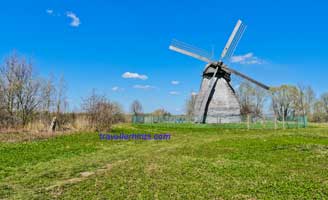 Veliky Novgorod: What to see

Of course, first and foremost noteworthy Novgorod Kremlin (or, as it is called, Novgorod Detinets) is the most ancient of the now preserved Kremlins of Russia. The time of its construction dates back to the mid-11th century. According to the extant Chronicles, the Novgorod citadel, situated on the left bank of the Volkhov river, was the venue of the Council (a form of city governance).

Interestingly, the princes who ruled in Novgorod didn’t live in the Kremlin and only came to the council sitting (veche). Reconstruction of the stone walls of the Kremlin lasted until the 20s of the 15th century, due to the need to improve and strengthen the military defence. 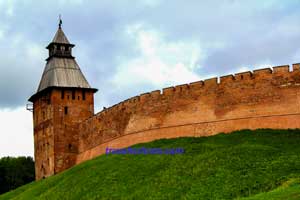 A distinctive feature of the towers of Novgorod Kremlin is the gate churches, which are built almost over each gate of the Kremlin.

Churches located above the city gate were one of the characteristic signs of monastic and church architecture of that time.

Of course, gates had a defensive function. But their main purpose was not military, but ideological; they were supposed to provide heavenly protection of the city, monastery, etc.

While visiting the Kremlin, you can see 5 towers and walk on the main wall.

Saint Sophia Cathedral in Novgorod: This cathedral is the symbol of the city. It was founded in the 11th century and was designed as a replica of the Sofia Cathedral in Kiev.

However, it still has its own characteristics. The stately and massive building of solid stone is crowned with five domes in the shape of helmets of ancient warriors, four of which are lead-colour, and the fifth of them is golden. 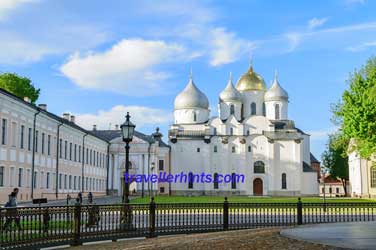 The interesting fact about the cathedral is that the walls of the Cathedral were hiding (and maybe guard to this day) a lot of treasures which the wealthy of Novgorod and Prince Vladimir himself hid in the cathedral.

According to the legend, it was his “hideout” that was found by Ivan the Terrible, and then carried to Moscow.

In addition to personal treasures in the statues of the Cathedral, the Treasury of the Republic of Novgorod was also kept in the building at the time.

Faceted (Episcopal) chamber was built by Russian and German architects in the early 30s of the 15th century. It is the only thing left from the Archbishop’s residence. Now it’s a home of the exhibition of ancient jewellery and decorative-applied art. 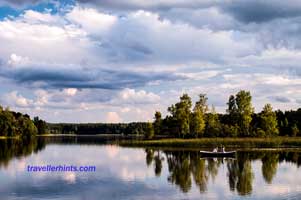 Those expositions are open from 10 till 18, except Tuesdays and last Thursday of each month.

Completeness and representativeness of the icon collection of the museum, which presents the works of the main icon-painting schools of Novgorod, can only be compared with the collections of the Tretyakov Gallery in Moscow and Russian Museum in St. Petersburg.
Also, there is the Children’s museum center on the territory of the Novgorod Museum-Reserve.

Vitoslavlitsy is an architectural and natural reserve containing different types of wooden churches that have survived from ancient times. It’s located only 4 kms to the south of Veliky Novgorod and you can easily get there by bus. It is the place where the village of Vitoslavlitsy used to be back in the 12th century.

There is neither village, no monasteries of that time left, but the landscape of lakes and streams turned out to be attractive to be chosen for the Museum in the open air in the 1960s. Many ancient buildings in poor state were brought there from the whole region and restored. Currently, the exposition includes 22 monuments.

Spaso-Kovalev Monastery is situated 3 km far from the city. Its Cathedral Church (the Church of the Transfiguration) was badly damaged during the Great Patriotic war and restored only by the beginning of the 70s of the 20th century.
Antonov Monastery was named in honor of St.  Anthony, the Roman who overcame the sea route from the Roman countries to Novgorod. It is the place where he huddled on the shore. Then he founded the monastery there. 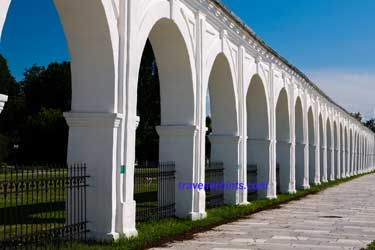 Varlaamo-Khutynsky Monastery grew around the Church of the Transfiguration, which was founded by the monk Varlaam.

The complex was badly damaged during the Great Patriotic War and was restored only in the 90s of the last century. Today it is a convent.
Holy Spirit Monastery, founded between the 12th and by the late 18th century, was found in decline and lost its status. But in the early 19th century, it was reborn as a female monastery.

The main cathedral of the complex is the Temple of the Holy Spirit.
Zwerin (Pokrovsky) Monastery was first mentioned in Chronicles in the mid-12th century as the main Church — the Cathedral of the Intercession of the Holy Virgin.

The complex includes the Church of Simeon which was built in the second half of the 15th century.

The Klopsk Monastery was built in the 17th km from Veliky Novgorod at the turn of 14 and 15 centuries. After the World War II, two stone churches miraculously survived: the churches of St. Nicholas and the Trinity. Both date back to the 16th century. Now, the monastery is being restored.
Desyatinny convent dates back to 1327. According to the legend, it was founded by the mother of Alexander Nevsky, the Princes Theodosia. Now in the renovated premises of the monastery,  art exhibitions and studios are located.

Veliky Novgorod: How to get there

You can get there by bus 7, 7a, or marshrutniye taxi (something like a communal taxi that look like vans) that go from the railway station.

The complex is open from 10.00 to 18 and expositions inside the buildings work till 17.00 . Wednesday is a day-off.  The whole complex is closed during winter and autumn.

The monasteries of Novgorod are also worth visiting. And there´re a lot of them. Here are the most noteworthy:

And this list of monasteries is yet far from being complete.

Travel Palace in Veliky Novgorod is considered to be a bright example of Russian architecture of the Catherine times. Travel palaces in Russia were located throughout the country, in all large cities. Moving north or south, emperors and kings could stay in any

END_OF_DOCUMENT_TOKEN_TO_BE_REPLACED 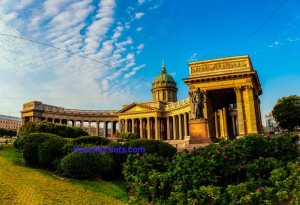