South Korea represents a surreal puzzle where every single piece is so different, yet perfectly completes the overall picture of this Asian treasure. Glittering madness, respectable history and stunning landscapes. South Korea is a true piece of art.

South Korea is an Asian country located in the Eastern part of the continent. Situated on the southern part of the Korean Peninsula, it shares borders with the North Korea and has a coastline of three sees: the Yellow Sea, the Each China Sea and the Sea of Japan (East Sea).

South Korea is relatively a small country, covering the total area of 100 thousands square kilometres. The Korean population reaches 50 million people, showing a very high density. Vast majority of population is urbanised – over the 90% of people is concentrated in urban areas. The official language is Korean.

The capital city and also the largest city of South Korea is Seoul.

Seoul is a huge metropolis and one of the largest cities in the world by population. It is where the incredible 25 million of residents are concentrated (within the city area). Seoul belong to the world’s largest economies and is one of the leading global cities. Besides Seoul, South Korea in general is a highly developed country with a “tiger economy” and one of the world’s highest average incomes per household.

It is very highly ranked in a broad spectrum of branches such as education, healthcare, personal safety, life expectancy or job security. Being home to some of the global brands such as Samsung, LG or Hyundai-Kia, it is often marked as the most innovative country in the world. It is a member of OECD and G 20.

First marks of Korean history date back to 8 000 BC and the empire situated on the territory was a powerful East Asian nations, ruling the surrounding territories.

From the 7th century, there were several dynasties bringing innovations and serenity to the land. For instance the special Korean alphabet called Hangul was developed in 1446 and it’s being used till current days.

After the connection by the Imperial Japan in the beginning of the 20th century, the year 1945 brought the separation of the North and South Korea. All followed by the Korean War between both countries lasting three years (1950 – 53), resulting then into continuing peace. Colourful culture and relative tranquillity in the country resulted in several incredibly well preserved UNESCO World Heritage Sites.

It is also where thousands years of colourful history is being reflected in multiple historical sites and temples. South Korea and especially Seoul is a world’s marvel where urban perfection stands in the first row, showing off its best. Yet the ancient history and traditions stay lively and spirited in every other corner of the city.

Korean cuisine is one of the Asian’s best, full of original tastes and it is simply a celebration of culinary achievements – such as the delicious Korean specialty kimchi.

Talking about Seoul, it would be easy (but unfair) to forget about the other face of South Korea – its landscape. The rest of the country is covered mainly by lush forests and rocky mountain peaks as well as paddy fields and gorgeous piece of coastline.

END_OF_DOCUMENT_TOKEN_TO_BE_REPLACED 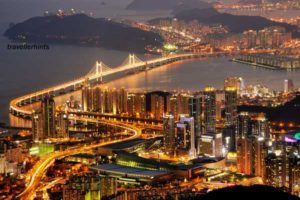 South Korea represents a surreal puzzle where every single piece is so different, yet…