Saint Leu is a seaside resort, less touristy than Saint Gilles. Just like its “big sister”, Saint Leu has much more to offer than beaches.  It is true that the lagoon, right in front of the city, is a nice place to relax and sunbath but Saint Leu has also other natural curiosity like “Le Souffleur” (the blower) which is like a geyser on the shore.

The sea water engulfs itself in a cavity and pressurized the air inside that cave. That air under pressure escapes by a hole at the top of the cave bringing some water with it creating that jet. 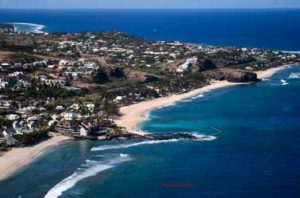 The more swell the higher the squirt. In the city centre, you can do a little pilgrimage to “Notre Dame de La Salette”, a chapel built after an episode of cholera epidemic which spread across the island but miraculously spared Saint Leu (more details in the article “Religion Landmarks”) .The city has also a rich cultural environment with museums with very different themes:

Kelonia : Kelonia is a turtle observation and research centre. They have four out of the five species of turtles living in the Indian ocean (Green turtle, Hawksbill turtle, Loggerhead turtle and Olive Ridley).

They also have a souvenir shop where you can buy objects and jewellery made of turtle scales, a unique handicraft mastered by the last four artisans of the island. 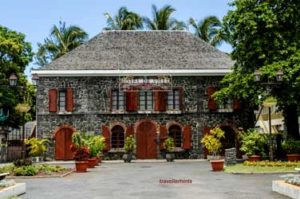 Musée du Sel : Located at “la Pointe au sel”, where sea-salt is harvested by “paludiers” or salt-marsh workers. The seawater, stored in shallow “ponds” is evaporated naturally thanks to the sun heat then The salt is extracted. As a unique place of the island it was just natural that a museum opened its door to talk about this unusual activity.

Jardin botanique de La Réunion : The Botanical Garden of Reunion (ex: botanical conservatory of Mascarin), gives you the opportunity to discover the richness, diversity and fragility of the flora on the island of Réunion.

From endemic plants -which means found nowhere else in the world- to coffee trees from around the world and a huge variety of tropical fruits, palm trees and other plants. You can also see an alembic and, in the heart of the garden, a very beautiful creole building.

Stella Matutina: Former sugar factory, it is now a museum about  sugar and rum producing process, those two products being closely linked.

Given the past of the island and the importance of the sugar industry in the economy, it is not surprising that the museum depict also the history of island and its population.

Many Single Men are down to Bangkok, AND THEY ARE LOOKING FOR THE BEST GO-GO bars to have sex holiday in Thailand. The main reason why Bangkok is the most prominent Sex tourism destinations in South East Asia. Over the years, Bangkok has been promoting itself as a top adult entertainment destination. By the way, Bangkok GO-GO or Girls bars …

END_OF_DOCUMENT_TOKEN_TO_BE_REPLACED 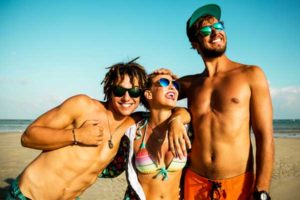