The park known for its large elephant population and views magical Mount Kilimanjaro in southern Kenya.

There are over 1000 African elephants in Amboseli Park. 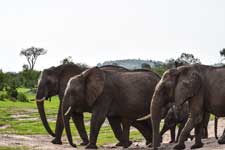 The park sits on 39,206 hectares of land right at the heart of an 8,000 square kilometer ecosystem that spreads across the Kenya-Tanzania border.

The word “Amboseli” itself comes from a Maasai word translating to “salty dust” in relation to the terrain of the park.

Under the watchful eye of Mount Kilimanjaro the highest free standing mountain in the world from the vicinity.

The park is among the best places in Kenya, Africa and the world as a whole to see large numbers of free roaming elephants in their natural environment with the mountain’s background, such a scenic view!

The park was once home to the famous but now deceased elephant called echo the subject of many books and documentaries. 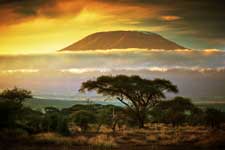 The park too is home to a diverse range of wildlife spanning from the Big Five, antelopes, impalas, monkeys, leopards, hyenas, giraffes, crocodiles, peacocks, ostriches and not to forget wildebeests and zebras.

At only 392km² the park is small and the range of animals is not far-reaching as that of other parks in Kenya but streams from Mt. Kilimanjaro, create wetlands that support a rich diversity of wildlife and vegetation.

The park has a diverse topography ensuring that a tourist will be able to explore a variety of habitats ranging from the dried up Lake Amboseli, wetlands, the savannah and the woodlands.

This diversity, along with a long dry season, ensures excellent viewing of the large concentrations of African wildlife living in this natural sanctuary.

While in amboseli, the opportunity to see over 400 species of bird species such as; water birds, pelicans, kingfishers, crakes, hammerkops and 47 types of raptor is inevitable. 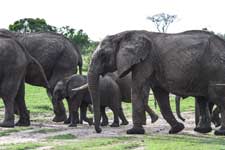 HOW TO GET THERE – Amboseli National Park Info

The park is located some 365 kilometers southeast of Nairobi and it can be accessed by either road or air transport..

Driving from Nairobi to Meshanani Gate will take a traveler about two and half hours to reach the gate via Isinya and down the Magadi Road in Nairobi, afterwhich one will join the Nairobi – Arusha Road and will soon get to Namanga Town.

This is the border town between Kenya and Tanzania from there it takes a traveler about 45-60 minutes to reach Meshanani Gate depending on the type of vehicle being used.

From Mombasa the park is accessed through Tsavo West National Park via Kimana (Olkelunyiet) Gate, through this route the roads are absolutely beautiful and smooth passing through a small town known as Emali on the main road to Mombasa.

It should be noted that the roads in the park have loose surfaces and hence it is a dusty and bumpy ride but it is totally worth it.

Flying to Amboseli National Park will take the traveler about half an hour or so.

The minor setbacks however of flying is that one will miss out on the scenery and seeing more of the country. 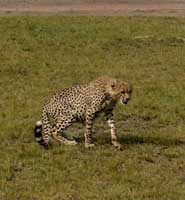 ATTRACTIONS AND THINGS TO DO – Amboseli National Park Info

World re-known for its population of large mammals most notably the African elephants which number recently to around 900 in the park. 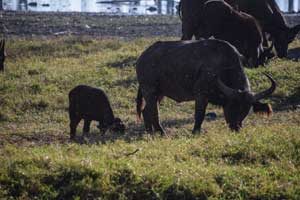 The Amboseli is like a gigantic bowl with green swamps which are centers of activity for crocodiles, hippos and abundant water birds.

Game viewing preferably is around 6.30 am and after tea at 4pm as most of the animals embark on their search for food around this time when the day sunlight is not so hot.

An interesting the game views can also be timed to perfection to coincide with sundowners in the bush. 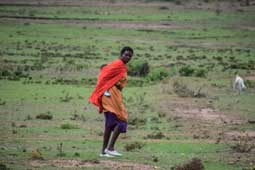 Take a cultural tour of the local villages

Get entertained by the Maasai community living near the park by their traditional dances.

The Maasai are one of the few remaining communities in the world that have been able to resist the influence of western culture, and still be true to their traditional way of life.

The Maasai live a tribal way of life which will intrigue the traveler especially their dances and clothing style. 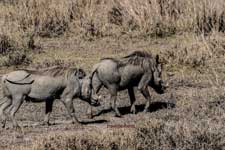 What sets the Amboseli apart from its neighboring national parks is its small size which can easily be navigated by two or three game drives.

The park is mostly open country with a large concentration of animals around the swamps which are found in the park. these marshes are permanent enough to keep the hippopotami all year round in the Amboseli.

One of the perks of game driving in the Amboseli National Park is that there are drivable tracks along the peripheries of the swamps which will bring one up close to the wildlife that inhabit the park.

Game drives in the Amboseli provide a truly refreshing and exceptional encounter to a traveler while watching the sunrise and sunset in exceptional tones of color change over the horizons.

While night game drives are not permitted within Amboseli National Park itself, night tours can be arranged within nearby private conservancies.

With many of Africa’s animals being nocturnal, a night game drive can be a great way to see some sporadic animals in action. 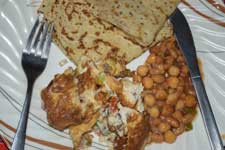 For those travelers looking for a little more peace and quiet, a bush dinner or breakfast can be arranged by many of the lodges in the park.

Set away from the camp, these intimate meals are a great way to enjoy the natural peace of the Amboseli wilderness.

With the company of an armed ranger to ensure you’re safe, a guided nature walk in Amboseli National Park is a great way for travelers to stretch their legs and experience Africa’s beauty on a more intimate level.

Capture the Amboseli through the lens of a camera

The epitome of the African jungle which is equivalent to the prairies of the Americas.

The backdrop of Mt. Kilimanjaro the highest free standing mountain in the world makes the Amboseli the ideal jungle in Africa for nature photography, capture the giants of the Amboseli wandering tirelessly in search of pasture and water while trying to take a snapshot of the African cheetah hunting for prey.

In order to get the best out of nature photography in Amboseli National Park a traveler is advised to camp in the wild and witness wildlife behavior unravel, from the roars of the king of the jungle to the singing of birds in the sky. 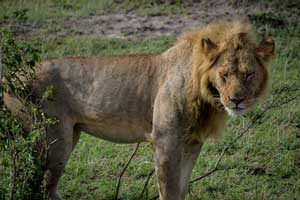 Make a visit to the Observation Hill.

A pyramid shaped volcanic hill which is the only place in the entire park where walking safaris are permitted.

The hill is a mushroomed volcano on a predominantly flat park, from the hill the traveler can admire the view of plains and swamps against the backdrop of Mt. Kilimanjaro.

The best places to see elephants in the park, also the hill attracts lots of tourists both local and international due to its scenic nature.

To enjoy the hill a tourist is advised to bring a pair of binoculars to be able to view up close as  the wildlife drink water from the numerous swamps below from the summit of the hill and a powerful lens for taking good pictures. 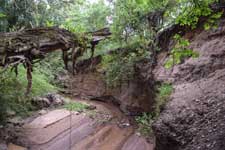 This iconic research camp at the heart of the Amboseli is home to the most studied elephants in the whole world thanks largely to Dr. Cynthia Moss.

A lot of books about elephants have been able to be written as a result of the research being carried out at this camp. also the documentary about Echo the elephant was filmed from the findings of the research camp.

One major setbacks though about the camp is that it is not open for casual visits, although it is quite possible for a tourist to visit with prior arrangement.

Here you will get to meet the researchers who will explain their work and other related issues relating to elephant conservation.

Accommodations to travelers can be found in and around the park including lodges and campsites.

Campsites have no facilities on site and therefore a traveler is advised to bring their own camping gear, but this is not necessarily a problem since they are available to tour operator who will provide them or rent.

Amboseli  National Park is one of Kenya’s oldest and most-visited parks!

END_OF_DOCUMENT_TOKEN_TO_BE_REPLACED 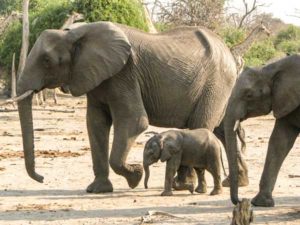