South Europe has many great destinations, but not many of them are as charming as Bulgaria. A place where outdoor opportunities go hand in hand with relax options. Thanks to its turquoise beaches and misty mountains, all wrapped by colourful history - Bulgaria simply has it all.

Bordered by the Black Sea, Bulgaria is one the popular tourist destination is South-eastern Europe, occupying a part of the Balkan Peninsula. The Republic of Bulgaria, as the official name stands, is a country with rich culture, neighbouring with Romania, Serbia, Macedonia, Greece and Turkey.

The overall territory covers an area of more than 110 thousand square kilometres and the dominantly urbanised population reaches 7.4 million people, speaking Bulgarian as the official language. The beautiful coastline spreads across 354 kilometres in length.

The capital city of Bulgaria is Sofia, also the largest city and the cultural and economic centre of the country. Some of the other larger cities are for example Plovdiv, Varna or Burgas.

The territory went through the periods of First and Second Bulgarian Empire, followed by being under the Ottoman’s rule, formation of the Third Bulgarian State, socialist state under the Soviet-led Eastern Bloc and eventually transitioning into a democratic country as it is today. Bulgaria is a member of European Union, as well as NATO.

The landscape is perfect for hikers and mountain bikers as it offers an ideal opportunity for outdoor exploring. The mountain ranges, glacial lakes and deep forests hide a true beauty. On the other hand, the Black Sea coastline sprinkled with cosy resorts promise a top summer holiday experience.

Last but not least, Bulgarian cities are a real treasure. Some of them have beaches within just a short reach, but most of all – they are hubs for (mostly religious) art, well-preserved architecture, diverse culture and outstanding nightlife. On the top, the Balkan cuisine will surely please everyone’s taste buds.

The Bulgarian cuisine reflects Greek and Turkish influence and consist for example of yogurt, salad varieties and cheese, all accompanied with delicious local wine.

END_OF_DOCUMENT_TOKEN_TO_BE_REPLACED

Places to Visit in Balgaria 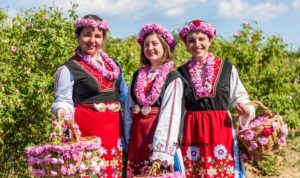 South Europe has many great destinations, but not many of them are as charming as Bulgaria.…