Uniquely different, uniquely true. Belarus serves a taste of East Europe like no other place. Endless hospitality and beautiful landscapes wrapped by the charm of its capital should evoke more than just a curiosity and chase for an adventure.

The Republic of Belarus, also known as Byelorussia, is a landlocked, Eastern European Country bordered by Ukraine, Poland, Lithuania, Latvia and Russia.

The former part of the Russian Empire today covers an area of more than 207 thousand square kilometres. Despite the quite large are, the population is dense, reaching only around 9.5 million people. The official languages are Russian (majority language) and Belarusian. Despite the high number of irreligiosity, Orthodox Christianity is the main religion.

Belarusian capital city is Minsk, also being the major industrial centre and economic capital of the whole country. Following major, yet lesser known cities, are Homyel, Mahilyow or Vitsyebsk.

The history of Belarus has been heavily influenced by other lands, as the country was slowly controlled by the Principality of Polotsk (Slavs); Grand Duchy of Lithuania, Rus and Samogotia; Polish-Lithuanian Commonwealth and eventually the Russian Empire.

The first Belarusian independence was declared in 1917 as a result of the Russian Revolution, later taken by the Soviet Union. Another loss of independence came during 1919-21 when Poland took almost half of the territory in the Polish-Soviet war. Also the World War II left some devastating marks on today’s face of Belarus, both economically and population-wise. The final sovereignty was then declared in 1990, followed by the official independence in 1991.

The biggest appeal of Belarus lies in the beautiful contrast between the true Easter European feeling Belarus expresses and the rest of the continent.

The picturesque landscape full of smaller villages, forests, fields and industrial areas, together with genuine hospitality of locals make Belarus an interesting and distinctive destination. The landscape is surprisingly green, spotted by many National Parks and conservation projects, sheltering some true natural jewels and rare species.

Also, the Belarusian cuisine is an interesting and diverse mixture incorporating the extensive local production and neighbouring influence, rich in vegetable and meats. Interesting to mention is also a great popularity of Vodka as the alcoholic beverage.

END_OF_DOCUMENT_TOKEN_TO_BE_REPLACED

Places to Visit in Belarus 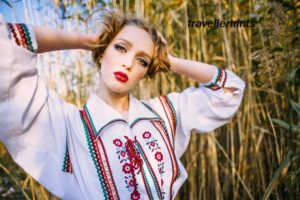 Uniquely different, uniquely true. Belarus serves a taste of East Europe like no other…