An amalgamating pot of cultures, heritage, traditions and tourism. The 'unity in diversity' is an exceptional characteristic of India seen in the secularist nature of the country. A place with one of the most exotic and ancient cultures in human history. A place to see different cultural, languages and religions.

India is a country in South Asia. It is the 2nd largest by population, 7th largest country by area and most populous democracy in the world. It’s culture, heritage and history is as unique as it is rich.

India’s culture and history is dynamic, spanning back to the beginning of human civilisation.

It starts with an enigmatic culture along the Indus River and in forming communities in the southern lands of India. India’s history is underlined by constant integration of roving people with the sundry cultures that surround India.

From wettest place “Cherrapunji” to driest place “the Thar Desert”, coldest place “Kashmir”and many more beautiful places, India is a home to it. Additionally, more than half of the country  boundary is home to some of the beautiful beaches. India’s northern part hosts Himalayan ranges snow covered mountains.

Mixing the different cultures and sundries of dialects and languages— The country has got a potent blend of diversity. The nation is a land of many paradoxes.

For people who want to experience some of the most beautiful, scenic destinations of the world, this the best  adventurer travel choice  that cannot be missed out!

END_OF_DOCUMENT_TOKEN_TO_BE_REPLACED 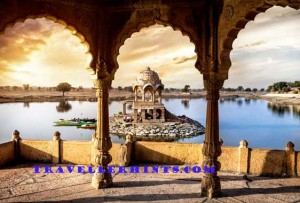 An amalgamating pot of cultures, heritage, traditions and tourism. The 'unity in diversity'…