Hawaii is the latest state creating the 50 United States of America. Composed entirely of islands, the archipelago is located the centre of Pacific Ocean.

As a part of Polynesia, it is the only American state belonging geographically to Oceania’s region instead of Americas.

The volcanic archipelago is composed of six main, larger islands and hundreds of smaller ones, together occupying an area of more than 2 400 square kilometres.

The main islands are Kauai, Oahu, Molokai, Lanai, Maui and Hawaii Island. The Hawaii Island being the largest one of them all is often called the “Big Island” or also the “Hawai’i Island”.

The capital city is Honolulu located on the Oahu Island. Hawaii serves as a home to over a million permanent residents, and though the area is not as vast, it is one of the most densely populated states of the US.

Hawaii used to be an independent nation. After joining the territory of the United Stated in 1959, it became the 50th state.

It played an important role as a United States military base. The attack on Pearl Harbour (Oahu Island) on December 7th, 1941 by the Imperial Japanese Navy, resulting into more than 2 400 casualties on the American side was the reason of the US joining the World War II.

The influence of Polynesians, Europeans and American together with Asians helped to create the magnificently diverse contemporary face of Hawaii.

Remarkable is the laid-back and easygoing lifestyle of every-day life, caused mainly by the segregation from the rest of the US.

Hawaii is so different and unique, having a completely different identity from all other American states.

The outdoor life full of sports such as surfing, hiking and dancing, signature music and warm and welcoming approach of locals are only a cherry on the top of the whole Aloha traditional value, representing love and respect to the land.

END_OF_DOCUMENT_TOKEN_TO_BE_REPLACED

Places to Visit in Hawaii 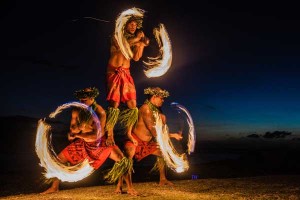 Vivid dream for many. Hawaii, thanks to its multiple highlights, probably serves as the…