Thousand stories hidden in the golden sands of Sahara desert, glowy dusk over the impressive pyramids’ peaks, crystal blue water with incredible marine life and people who smile with love in their eyes. Egypt is a glorious oasis of Sahara.

Egypt is a north-African country, having a small part in the southeast corner of Asia (making it a transcontinental state. The connection is presented by a land bridge of the Sinai Peninsula.

The Arab Republic of Egypt has an access to two seas, the Red Sea on the east and the Mediterranean in the north and it is also bordered by Israel, Libya, Jordan, Sudan and Saudi Arabia.

The country is home to more than 91 million people whose official language is Arabic. The country’s area spreads across around 1 million square kilometres and most of the territory is represented by the Sahara desert. The dominant religion is Islam, although there is a significant Christian history in the country.

Capital city of Egypt is Cairo, which is often called the “city of thousand minarets”.

Another major large cities is Alexandria. Both of those serve as a significant centre with great population density, since most of the people live in urban areas along the Nile River.

There is a huge difference between the ancient Egypt and its modern version. Egypt today is a country with large economy and influence among the Muslim world and also a great power.

Egyptian history is a chapter on its own. Ancient Egypt is the famous cradle of civilisation, where first writing, urbanisation or organised religion were born.

Nowadays, it is also an archaeological paradise thanks to the cultural heritage coming from the Pharaonic era. The remains from the famous times such as Pyramids, tombs, various Pharaonic temples, the Sphinx statue all belong to the bucket lists of many travellers.

Apart from fascination history and sandy treasures, the country is also a destination with wonderful beaches and incredibly beautiful coastline with stunning and colourful marine life and coral reefs perfect for diving and snorkelling – serving as a perfect contrast with the rugged inland.

Every single aspect and shape of this oasis called Egypt is fascinating and every single sunset there is more than rewarding. Egypt is a place with a beautiful face and kind heart.

END_OF_DOCUMENT_TOKEN_TO_BE_REPLACED 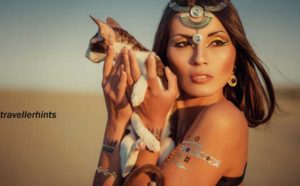 Thousand stories hidden in the golden sands of Sahara desert, glowy dusk over the…