Ivory Coast with a French name Côte d’Ivoire is a country located in the region of West Africa. The Republic of Côte d’Ivoire, as the official name stands, has a coast by the Atlantic Ocean (through the Gulf of Guinea) and shares borders with Ghana, Mali, Burkina Faso, Liberia and Guinea.

It covers a total area of 322 thousand square kilometres and has a population of almost 24 million people. There is several ethnic groups within the population, including Akan, Voltaiques, Northern Mande and others. In terms of language, there is a wide range of languages spoken among the population (more than 70), however, the official language taught also in school is French. Islam and Christianity are two main religions.

There are two capital cities of Ivory Coast: Yamoussoukro, being the political one and Abidjan, on the other hand, being the economic capital. Abidjan is also the largest city serving as a port. After the economic crisis in 1980’, Ivory Coast is slowly transforming into a market led economy with relatively high income compared to the region, showing its power especially through the cocoa and coffee export. The country is a member of the West African Economic and Monetary Union.

The largest milestone in the history of Ivory Coast was surely the European colonisation. Prior to the, there were states and empires on the current territory. The French rule came in 1637 and lasted long till 19th century, establishing several trading centres along the coast and stimulating the export. The independence of Ivory Coast from French was declared in 1960, even though there were several war conflicts in the recent times.

Ivory Coast is a land of endless natural beauties.

Pristine green rainforests, lush mountains peaks and hills on one side are completed by lively metropolis with skyscrapers and stunning beaches serving as a gateway to heaven.

Highlands and valleys are perfect for hiking and further exploring by foot while the golden coast treats every visitor with luxury and care. The traditional local cuisine is a spectacular culinary journey for everyone’s taste buds.

END_OF_DOCUMENT_TOKEN_TO_BE_REPLACED 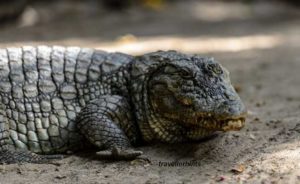