ROAD TRIPS: Are you looking to experience some of Australia's endless natural splendours??? Explore some of best Road trips South of Western Australia.

The Old Coast Road trips,  was one of Western Australia’s first roads.  In fact, the stretch was used as a road before anything had even been done to prepare the road in any way. 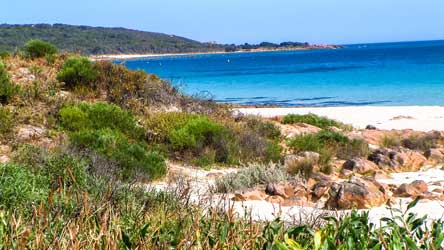 ROAD TRIPS, TRAVEL THE COASTLINE ON A BEAUTIFUL PIECE OF  SOUTH WESTERN HISTORY!

In 1841, F.C. Singleton completed a three-quarters of a mile to a mile stretch of road on what would become the Old Coast Road.  The road was marked with white-washed trees.  The road went through a period of disrepair after the railway to Bunbury was built in 1893 as no new settlers settled along the road because it was too far away from the newer and faster railway line.

The full road was completed in 1969 to benefit the farmers in the area and to make the most appealing coastal areas south of Perth better accessible to tourists.

Much of this road was renamed the Forrest Highway in 2014.  However, there are certain bypassed sections of the road that have retained the Old Coast Road name. 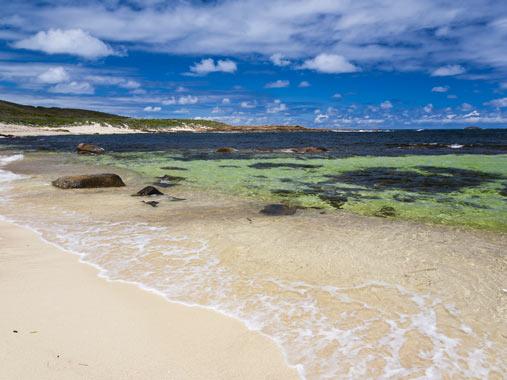 The Old Coast Road starts at the intersection of Mandurah Terrace and Pinjarra Road in Mandurah.  For the first couple of kilometres, the road just passes through a suburban residential area.  However, once you drive out of this area, you are treated with some wonderful scenery for the duration of the road.

It passes the Leschenault Inlet before entering Australind and travelling right along the shoreline for around 9.5 kilometres.  The road then passes over the Collie River before encountering a roundabout with Estuary Drive and Hamilton Road.

The tourist drive follows Estuary Drive to Bunbury.  The Old Coast Road continues south for another 1.4 kilometres along the coastline before it rejoins the Forrest Highway at Pelican Point.

Caves Road trip,  is a 111-kilometre long scenic route in the South West Region of Western Australia.  It connects western Busselton with Augusta running along the Leeuwin – Naturaliste Ridge.

It serves as a scenic alternative to the Bussell Highway.  Caves Road forms the majority of Tourist Drive 250.

Sometimes referred to at Margaret Caves Road, Caves Road derives its name from the fact that it serves as an access route to the many caves of the region.

here are over 350 caves hidden in the limestone ridge beneath Margaret River.  Seven of these are open to the public: Yallingup or Ngilgi Cave, Mammoth Cave, Lake Cave, and Jewel Cave. 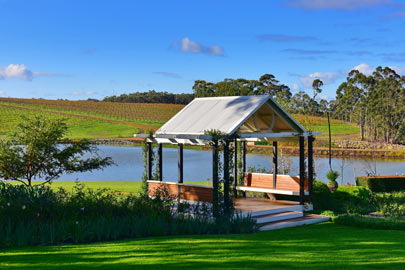 1)   Ngilgi Cave: This was listed as Western Australia’s first tourist destination.  The cave had its first tourists all the way back in 1899.  The cave derives its name from the Aboriginal Dreamtime story of the good spirit of Ngilgi and it enjoys a stunning bush setting.

Inside the cave, there are fantastic shawls, helictites, stalagmites, and stalacites, as well as a number of chambers and formations at every turn.  If you are visiting with children, the, “Tunnel of Doom,” is a must inside the cave. 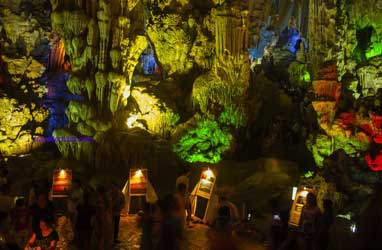 2)   Mammoth Cave: Visitors enter the cave through bushland via a gradually sloped boardwalk.  Prior to excavation, there were over 10,000 fossils that had made their way into the cave, most of which came from Australia Megafauna from around 46,000 years ago.

Protruding from one of the cave walls, visitors will find a 50,000 year old zygomaturus jaw bone.  During the winter, there is a stream that flows through the cave.  The water is naturally stained red by the tannins in the cave, making for an eerie sight.

3)   Lake Cave: This cave has a particularly stunning entrance through a giant sunken hole surrounded by ancient karri trees.  Inside the cave, there is the, “Suspended Table,” formation, which hovers over the water inside the cave, seeming to defy gravity.  Lake Cave is also filled with a variety of crystals and stalactites hanging from the cave ceiling. 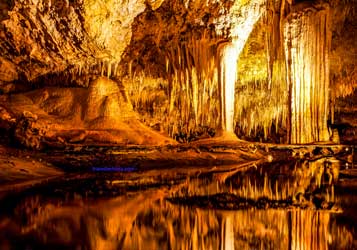 4)   Jewel Cave:  Jewel Cave is the largest show cave in Western Australia.  The cave has three vast caverns boasting extraordinary stalagmites, flowstones, and shawls.  The cave is filled with unique formations, including a straw over five metres in length, the, “Frozen Waterfall,” the, “Organ Pipes,” and a number of others.

There are even formations that appear to be coral, giving visitors the impression of being underwater.  Visitors can even learn more about the cave at the interpretive centre located near the entrance. 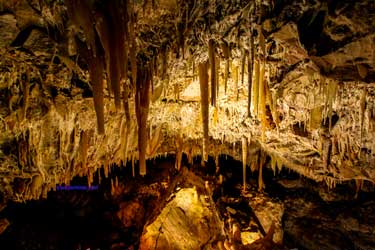 The caves aren’t the only attraction along Caves Road.  There are endless turnoffs that will take you to a variety of stunning locations along the way, thus allowing visitors to complete the road in as little or as much time as they want.

Road trips Attractions: There are also a number of the world-renowned Margaret River Wine Region wineries located just off of Caves Road.

These wineries all offer cellar door tastings as well as wonderful restaurants and cafes showcasing the tremendous fresh and local fare of the Margaret River Region.

There are also a number of wonderful beaches with world-class surfing, excellent swimming and snorkeling, and fantastic fishing locations as well.

And if all that wasn’t enough, the quaint country road is incredibly scenic all by itself.  Caves Road is definitely a must for visitors to the Margaret River Region.