Scotland is the northernmost country of the United Kingdom, in north-western Europe, separated from Northern Ireland by the North Channel. It is one of the UK’s four home nations, yet it has an independent identity and is one of the most administratively independent countries of the UK. Scotland has over 6,000 miles of coastline, and over 790 islands, mostly to the north and west. English is widely spoken throughout Scotland, though many have thick Scottish accents. Some people also speak Scots or Gaelic. Culturally and historically distinct, Scotland boasts world class golf courses, whisky (and internationally acclaimed ‘Scotch’), and incredible natural beauty and wildlife.

The Kingdom of Scotland became a sovereign state during the Middle Ages, lasting until 1707 with the creation of the union.

The Kingdom formed a union with the Kingdoms of England and Ireland in 1603, with the inheritance by James VI, King of Scots. The monarchies and parliaments of the United Kingdom have varied since its creation. Scotland continues to run independent legal and educational systems and has separate religious institutions. Since 1999, the Crown of Scotland and some limited parliamentary independence have been in place. Currently, political tensions remain and many Scots are divisive regarding Scotland’s place in the UK and European Union.

Hunter-gatherers arrived in Scotland over 10,000 years ago and settlers began to form permanent houses. Scotland is home to many well-preserved neolithic sites from thousands of years ago. People of Scotland were involved in inter-European trade during the Late Bronze Age.

Romans invaded and occupied southern Scotland, engaging in battle with the Caledonians. Though the Roman military occupation lasted only about four decades, it had a lasting influence in the south. Hadrian’s Wall, a 73 mile long stone wall extending west to east across Britain, is one of the most famous Roman remains. Scotland’s early history saw the development of the clan system, yet was tainted with frequent wars with the English and Vikings. Religious conflict and reformation also shaped Scotland’s early history.

Bouts of economic failure and political conflict, as well as mass migration due to ongoing issues shaped the 19th and early 20th centuries in Scotland. Renewed economic growth, industrial development, and building Scottish domestic control has brought increased stability during the past decades, in a nation with a thriving culture.

Scots are proud of their culture, and Scotland’s cultural identity has thrived among attempts to build a unified “British” culture among the Isles. Music is an important aspect of Scottish culture, and the bagpipe is a highlight of Scottish styles. Folk music has a plethora of instruments and may be sung in English or Scottish Gaelic.

The unicorn is Scotland’s national animal, dating as far back as the 12th century. Other cultural symbols include the thistle, the criss-crossed pattern of the tartans, uniquely woven for Scotland’s regions and clans, and the royal Lion Rampant flag. There is rich literature and arts, as well as a strong tradition of festivals. Some of the most famous events include the Edinburgh Festivals, Celtic cultural festivals such as Celtic Connections in Glasgow , and the Highland Games.

Originating in northern Scotland, the Highland Games involve a series of sporting events, from heavy events like the hammer throw to sports competitions. Also involving large Scottish pipe bands, dancing and art showcases, these events have become emblems of Scottish culture. The Highland Games take place in Scotland throughout the Spring and Summer, and are also popular throughout Canada and the United States.

The lively cities have renowned historic architecture, friendly people, and thriving Scottish cultural scene. Edinburgh, Scotland’s capital and largest city is a UNESCO World Heritage Site, hosts the World’s Largest Arts Festival and is Europe’s first City of Literature. Highlights of Edinburgh include Old Town, including the medieval Castle and Holyrood Palace, and the commercialized New Town, developed in the late 18th century.

Edinburgh has a rich heritage and many locals come from long lines of Edinburgh and Scottish ancestry. Though the city is largely “White”, Edinburgh is more ethnically diverse than other cities of Scotland, and it has a large Middle Eastern population. Glasgow is known for its active cultural scene, museums, shopping and nightlife. Scotland has a large drinking cultural and world-class distilleries. Aberdeen, in the north, is a huge oil hub, with a large harbour and striking granite buildings. Scotland offers amazing, vibrant cities with extensive history and fascinating attractions.

Scotland’s natural beauties are majestic and charming. It is known for having jagged, rugged cliffsides, incredible mountainous highlands, green rolling hills and countless lochs (lakes). Loch Ness, near Inverness, is the home to the world-famous Loch Ness Monster, and attracts visitors trying to spot the mythical creature.

Scotland’s National Parks include forests, mountains, lakes, and historic islands. They offer opportunities for hiking, climbing and mountaineering. Scotland is easily accessible by car and plane, and driving tours are a wonderful way to explore the country.

END_OF_DOCUMENT_TOKEN_TO_BE_REPLACED 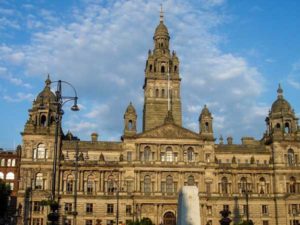