Fuvahmulah is located in the administrative areas of the Gnaviyani Atoll. The name of the island has a means. “The island of the Areca nut palms.” in the local language.  The island is about 4.5 km by 1.2 km, with a submerged reef extending an additional three km southeast of the island.

Traditionally, Fuvahmulah was very difficult to access due to the fact it didn’t have a lagoon, and ocean swells heavily impact the island. However, the Maldivian government has funded island development. So, in the early 2000s, a harbor was built on the southeast tip of the island. In 2011, a domestic airport further opened the island up to the rest of the country. 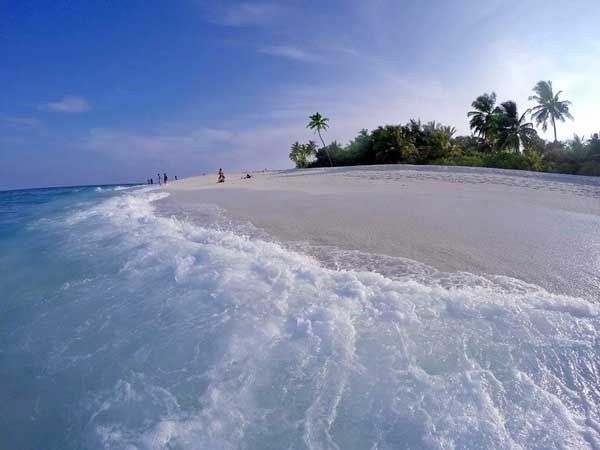 Most Beautiful Island in The Maldives

TourRadar – search, compare, and book over 40,000 multi-day tours around the world.

Surprisingly, Fuvahmulah is widely considered the most beautiful of all the Maldivian islands. It is a single island atoll and the second largest island in the Maldives. So, The island geographically small island. Somehow, it is the home to a variety of habitats, ranging from tropical woodlands and wetlands, freshwater lakes, well-vegetated marshland areas. Also, it is home to white sandy beaches, gravel beaches, and fertile humus lands. Above all, The freshwater lakes and the marshland on the island are providing habitats for a variety of plants. Also, animals that are not found anywhere else in the Maldives. 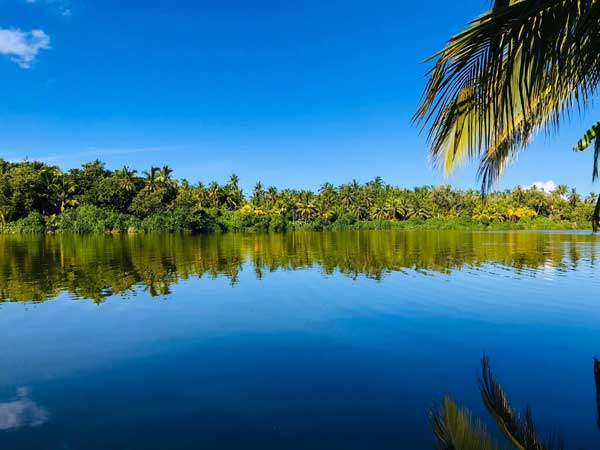 The freshwater lakes (perfect for boating or fishing), as well as the great white sand beaches, are two of the primary attractions on the island of Fuvahmulah.

Top Activities on Fuvahmulah Island in the Maldives

Like any tropical island, swimming, beachgoing, sea kayaking, snorkeling, and generally exploring the dense, tropical vegetation are the most popular activities on Fuvahmulah.

In addition to the typical white sand beaches, Fuvahmulah also has a black sand beach and a pebble beach, which can’t be found anywhere else in the world. So, The Island has remarkable popularity comparison to others. In this case, the local community can be farming on the Island. And they supply most of fruits and vegetables such as watermelon, passion fruit, cucumber, tomato, carrot, cabbage, pepper, and eggplant.

As such, visitors can expect fresh, delicious meals during their stay! 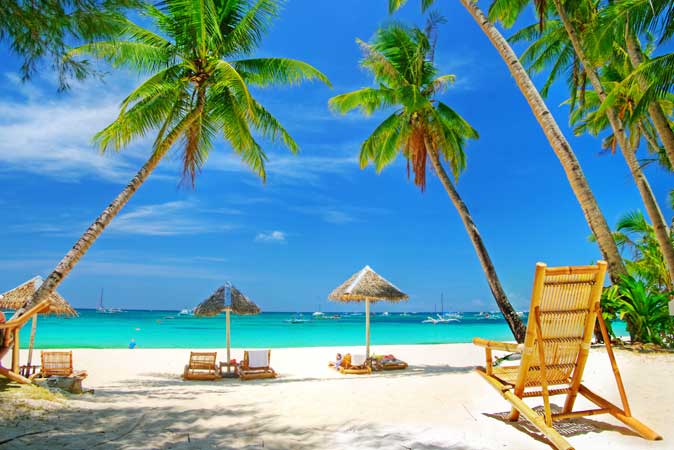 The island also has the ruins of an old Buddhist temple and some ancient mosques that make for a fascinating visit.


There are several options for visitors to stay in Fuvahmulah, ranging from extravagant five-star resorts to more affordable hotels. Additionally, some house and self-contained apartment rentals can be found on the island.

END_OF_DOCUMENT_TOKEN_TO_BE_REPLACED 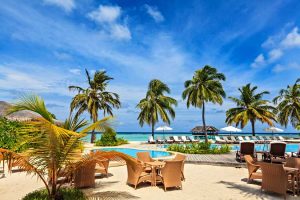 Fuvahmulah is located in the administrative areas of the Gnaviyani Atoll. The name of the…