The exotic drop in the ocean represents both modern economy and development as well as the throughout history-crafted cultural masterpiece. The green island of Taiwan offers wild landscapes, vibrant traditions, soothing hospitality and the freedom to find an adventure on every corner.

Taiwan occupies an area of around 36 190 square kilometres and it is a home to approximately 23.5 million people who use Mandarin as their official national language.

After years of being under the Japanese rule and belonging to China (and the tangled history in general), the complicated relationship between Taiwan and China has left severe national identity questions among Taiwanese people.

The prompt economic growth of the country (often called the “Taiwan Miracle”) and industrialisation has influenced Taiwan into becoming a strong industrial economy, with high-tech industry and highly ranked public education, healthcare and human development.

The capital city of  the country is Taipei (Taipei City), known for its signature skyscraper building called Taipei 101, reaching 509 height.

Taipei serves as the economic, political as well as the cultural centre of the country. Taiwan belongs among the “Four Asian Tigers” of leading economies (together with South Korea, Hong Kong and Singapore ).

The complicated history has opened several issues among the population and turned the national identity into a sensitive topic being centre of discussion within the politics.

The majority of people calling Taiwan home has the cultural origin in China, but the rivalry between those two countries is apparent.

There is an apparent contrast between the geography of the island. The eastern part is covered mostly by mountains, while the western part is mostly flat.

END_OF_DOCUMENT_TOKEN_TO_BE_REPLACED

Places to Visit in Taiwan 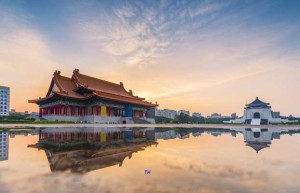