One of the pearls of the Middle East, Bahrain resembles its ancient past and blends it with the successfully growing and modern economy, together creating a unique masterpiece worth visiting.

Bahrain is a country located in the Middle East, near the Persian Gulf. It is actually an archipelago consisting of more than 30 smaller islands, cantered around the largest one – the Bahrain Island. In the nearest surrounding, there is Saudi Arabia connected through a King Fahd Causeway, which is a direct, 25 km long road serving as a link between those two countries.

Further southeast, there is Qatar (about 50 km distant), whose connection with Bahrain is planned in the future. Eventually, across the Persian Gulf, which is about 200 km north, lies Iran.

The Kingdom of Bahrain is home to around 1.3 million people on the overall area covering 765 square kilometres, which put Bahrain to the list of the smallest island nations worldwide. The official language is Arabic, however, English is also very common and often used.

The capital city of ahrain is Manama, where also most of the population is situated. Manama is located in the largest island Bahrain Island. During the last decade, the nation has grown rapidly,

mostly thanks to the financial, logistic and tourism sectors. Thanks to that, the Kingdom today belongs among developed and high income countries.

The Kingdom of Bahrain, as we know it today, was one of the first areas to convert to Islam.

The Kingdom was declared in 2002, foregoing was the period of Bahrain state – ever since its independence in 1971. During the ancient times, the country was a place of Dilmun civilisation with a great pearling history.

Thanks to its location,  the nation is facing a very hot climate with high humidity and high temperatures, reaching around 50 °C during summer months, accompanied by winds and dust storms. Regarding biodiversity, the Kingdom  is especially rich in terms of marine life. Protected animals are for example dolphins, marine turtles or sea cows. There are also five protected areas with unique marine environment.

Today, the country is a multicultural and multi ethnic nation and serves as a unique yet ideal holiday destination where the history blends into modern buildings and attractive lifestyle.

END_OF_DOCUMENT_TOKEN_TO_BE_REPLACED 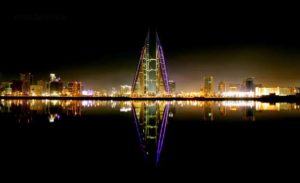 One of the pearls of the Middle East, Bahrain resembles its ancient past and blends it with…