Dargaville - Explore the Wonders of this Particular Stretch of Coastline

DARGAVILLE: FASCINATING HISTORY AND STUNNING NATURAL WONDERS, ALL WRAPPED UP IN ONE.

Dargaville is a town on the North Island of New Zealand.  Just a short 55-kilometres away from Whangarei, the town sits right on the bank of the Northern Wairoa River in the Northland Region.  The town is a particularly fertile area for the cultivation of sweet potato.  As such, it is affectionately referred to as the sweet potato capital of New Zealand.

The town takes its name from Irish businessman Joseph Dargaville, who was a timber merchant and politician.  The town was founded in the midst of the 19-century kauri gum and timber trade.  During this time, it was a boom-town, becoming known for its thriving gum-digging and kauri logging industry.

In this boom period, Dargaville even briefly carried the distinction of having New Zealand’s largest population.

The town’s location on the river proved especially advantageous as it allowed for the huge logs gathered to be transported downstream to shipbuilders.  It also made it very easy for the gum and timber to be shipped to Auckland.

What to Do – Dargaville

Dargaville enjoys close proximity to the Waipoua Kauri Forest, which is a forest sanctuary home to an abundance of rare New Zealand flora and fauna.  A sub-tropical rainforest, the forest boasts kauri, nocturnal kiwi, a variety of ferns, as well as a number of other fascinating plants and animals. 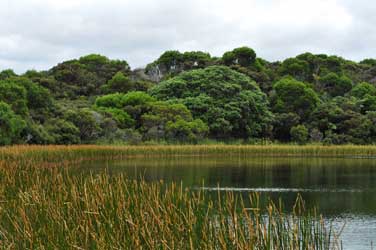 The road that passes through the forest goes right by some huge kauris, which can reach over 60 metres in height and have trunks that are over five metres in diameter.  Just a 20-minute walk from the main road is the Te Matua Ngahere, the, “Father of the Forest,” which has a trunk with a diameter of over five meters.

That makes it the widest surviving kauri on record.  Not far from this epic kauri are the Four Sisters, a majestic collection of four especially tall kauris right in close proximity.

There are a number of other short walking tracks right off the main road that take visitors to particularly large kauris in the forest, including the path to Tane Mahuta, the, “Lord of the Forest.”  This kauri is the largest surviving kauri in New Zealand, standing at 47 metres tall.  It is also one of the oldest, estimated to be an astonishing 2,300 years old.

The forest had lived on the land of the forest for hundreds of years before European settlers arrived and started logging the area.  In 1952, the area was proclaimed under the protection of the Department of Conservation.  Now, no milling, or logging of any sort is permitted, unless under extraordinary circumstances.

Situated in the midst of the Kauri Coast, Dargaville offers visitors a unique opportunity to explore the wonders of this particular stretch of coastline.

The Kauri Coast runs from the town of Brynderwyn up to the Hokianga Harbour.  The area derives is name from the giant kauri trees that grow in abundance along the stunning beaches that line the coast.

The Kauri Coast also is home to a great deal of significant Maori and pioneer history.  Visitors to Dargaville would be remiss to not spend a large portion of their visit exploring the stunning natural attractions the Kauri Coast has to offer.

Hokianga is literally the birthplace of the nation of New Zealand.  The majority of the Maori people can trace their ancestry to the discovery, and subsequent establishment, of the harbour at Hokianga.

There are many quaint villages that dot the coastline at Hokianga that make for idyllic and scenic places for visitors to see.

Rawnee is New Zealand’s third oldest European settlement.  It is also home to the historic Clendon House as well as a beautiful mangrove walk.  Another village, Kohukohu is a historic timber mill town. 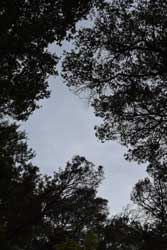 Hokianga is also home to the second oldest European settlement in New Zealand, Horeke.  Horeke has a rich history as a ship building town.  Not far from Hoeke is the Mangungu Mission House, which was the site of the second signing of the Treaty of Waitangi.

History enthusiasts will enjoy a visit to the wonderful Dargaville Museum.  The museum does a wonderful job of illustrating how the town and district has developed throughout its rich history.

With an expansive collection including a 16-metre pre-European canoe to a newly built replica of a gumdigger’s camp, the museum does a wonderful job of illustrating the area’s history to visitors.

Where to Stay – Dargaville

Dargaville and the surrounding area is home to a wide array of accommodation options.  Ranging from simple and affordable campground and backpacker’s hostels to luxurious resorts, there is something for every taste and budget in Dargaville.

Visitors travelling from abroad will find it very easy to find their way to Dargaville.  The town is only about two and a half hours driving from Auckland.

Auckland is home to a major international airport that is regularly serviced from a variety of international destinations around the globe, making it very easy for foreign visitors to reach.

END_OF_DOCUMENT_TOKEN_TO_BE_REPLACED 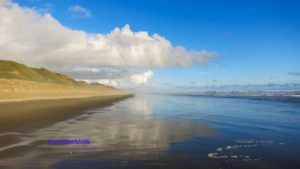 Dargaville – Explore the Wonders of this Particular Stretch of Coastline

DARGAVILLE: FASCINATING HISTORY AND STUNNING NATURAL WONDERS, ALL WRAPPED UP IN ONE.