The Wolfe Creek Crater is a well-preserved meteorite impact crater in Western Australia.  It is located 150 kilometres south of the town of Halls Creek and it is the central attraction to the Wolfe Creek Meteorite Crater National Park.

The crater averages around 875 metres in diameter, with a height of about 60 metres from the rim to the present day crater floor. 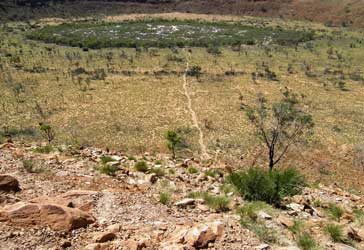 It is estimated that the meteorite that created it had a mass of around 50,000 tonnes.

The age of the crater is estimated to be less than 300,000 years ago, which would place it in the Pleistocene.

It is believed that when the crater first formed, it was probably around 120 metres deep.

It has subsequently been filled with sand and other debris.  The crater was first identified during an aerial survey in 1947 and was published to the public in 1949.

As one might expect, there are a number of Aboriginal Dreamtime stories regarding how the crater was formed.

Another rainbow snake is said to have created nearby Sturt Creek.  There is another story that says the crater was formed by the evening star falling to Earth after it has passed too close to the crescent moon.

Visitors to the crater will drive through mesmerizing Australian Outback landscape, dotted with the odd lone tree and clumps of spinifex grass. 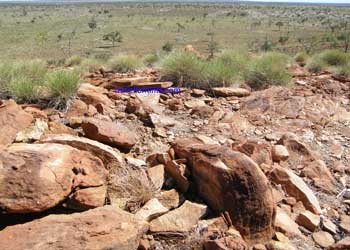 There is a small information shelter, picnic facilities, a basic campsite, and bush toilets.  However, no water is available, so it is very important that you plan accordingly and bring plenty with you.

With that being said, visitors can explore the crater rim, where they will find fantastic views that seem to stretch forever due to the flat nature of the surrounding landscape.

The crater also developed its own micro-ecosystem after the meteorite impact.

The soil and rocks inside the crater differ from those outside it.  The ground is more porous and the rim offers much more shade then is typical in the desert, allowing for something of a small oasis.

Should you not feel up for the long trip out to the crater and the desert hiking that exploring the crater would provide, you can also view the crater from the air on a scenic flight out of Halls Creek.

Wolfe Creek Crater: How to Get There

Visitors to Wolfe Creek will have to drive to Halls Creek, which is located on the Great Northern Highway.  If you are travelling from Darwin, Halls Creek will be a 358 kilometre trek.

Halls Creek is located 686 kilometres from Broome.  From Halls Creek, you will travel for another 145 kilometres on the unsealed Tanami Road and the park access road.

The gravel road is safe for normal cars during the dry-season (between May and October).  Visitors should be aware though that the road can be very rough and has a number of sharp rocks that can damage your tyres.

In addition, these bumpy roads can be hard on the people in the car too if you are going to fast!  As such, you should allow two to three hours for the trip, and even more if you are not in a 4WD car.

END_OF_DOCUMENT_TOKEN_TO_BE_REPLACED 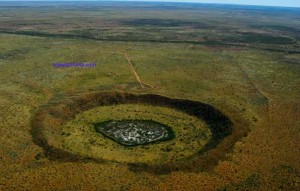