Cape Leeuwin is the most southwesterly point on the mainland of the Australia continent.  Located in the state of Western Australia, Cape Leeuwin is considered the point where Australians say the Indian Ocean stops and the Southern Ocean begins.

Cape Leeuwin is also often grouped with the next headland to the north, Cape Naturaliste, such as in the case of the Leeuwin – Naturaliste National Park, which runs through the region.

The nearest town to Cape Leeuwin is Augusta, which is situated only 8 kilometres away.

Cape Leeuwin, especially the Cape Leewuin Lighthouse is a popular destination for those visiting Augusta to other nearby destinations in the Margaret River Region. 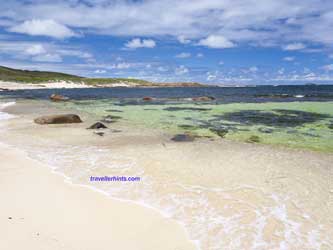 Cape Leeuwin is one of the most scenically spectacular places in Margaret River.

The main attraction to the cape is the Cape Leeuwin Lighthouse.

The lighthouse is located at the very end of the cape where it sits on a narrow peninsula of granite jutting out into the ocean.

The lighthouse was built in the 19th century and it remains to this day as an important nautical site as well as an important meteorological landmark from which weather data is collected.

Its light has the intensity of over one million candles and can be seen for 26 nautical miles, or 48 kilometres.

The lighthouse is open for the public to tour and for a reasonable fee, you can tour the entire lighthouse and even climb up to the top where you will be greeted with truly amazing views.

This includes an old water wheel that was once used to provide the grounds of the lighthouse with water. 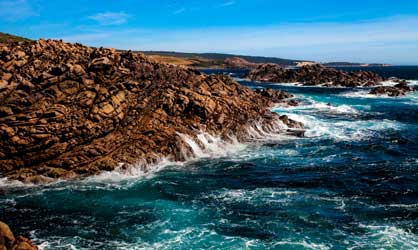 While lime deposits have made it such that the wheel no longer turns, the water still cascades over it as fresh and an abundant as the day the wheel was first built.

The Cape Leeuwin Lighthouse truly is a beautiful sight, both for the solitary beauty of the lighthouse as well as for its spectacular setting on the cape.

In the summer, the white lighthouse appears to glow against the dark blue water of the sea beyond and in the winter, the rough seas of the Indian and Southern Oceans crash into the coastline at the foot of the lighthouse.

No matter when you visit, the Cape Leeuwin Lighthouse offers fantastic scenery and fascinating maritime history. 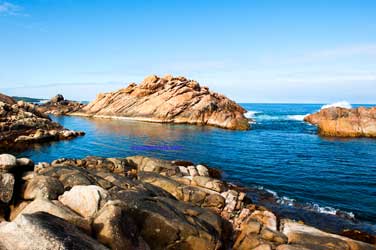 It is also in close proximity to the caves, vineyards, and other attractions of the Margaret River Region. The track is a variety of different types of surface, ranging from smooth wide tracks, to narrow rocky paths, to soft, sandy beaches.

The intention in making the trail was to create a low-key bush trail representative of the environment in which it sits, rather than a highly engineered walkway, which is a feat that is certainly achieved on the Cape to Cape Track.

There is a small stretch of the track, between Cape Naturaliste and Sugarloaf that is specially constructed for wheelchair use, but the rest of the track is designed as a single use walking track.

The Cape to Cape trail is not suitable for bikes, horses, or anything other than walking.

While the trail is quite long, it can easily be broken into sections for those who do not want to walk the entire 135 kilometres.

While the accommodation options on Cape Leeuwin itself are limited, it does sit in the middle of the renowned Margaret River Region, which is filled with an abundance of holiday accommodations.

Whether you are looking for a luxury resort, or just a basic backpacker hostel, the Margaret River has something for you.

Augusta, which is located only 8 kilometres away, is a popular Margaret River destination and is filled with a number of different accommodation options.

Cape Leeuwin is easily accessible by car and is only a short, 8-kilometre drive from Augusta.

It only takes about 10-minutes to make the trip.  The lighthouse is located at the very end of Leeuwin Road.

END_OF_DOCUMENT_TOKEN_TO_BE_REPLACED 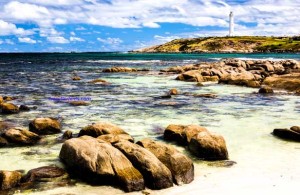