Little Italy in Down Under. "The Best coffee in Melbourne"

It’s a swarming mish-mash of all things quintessentially Italian; mainly for its eateries, both the very good and the very bad. By all means come here to buy cheeses, meats and breads, olives and prosecco.

Lygon street Melbourne – Where should I begin?

As soon as travellers hear the name of Lygon street in Carlton city, their minds are filled with essences of hot and gourmet Italian food as well as Greek.

Travelers, students, local residents – they all associate the street with some iconic Italian food. It may sound strange to some people as.

Well, it can be concluded after delving into its’ rich past and culture.

Lygon street in Melbourne is situated on Australians aboriginal Wurundjeri land. Traditionally, the First Nation’s people would have found the Carlton area a good hunting ground up the hill from the Birrarung (Yarra river).

While there is scant written history about Carlton suburb from Wurundjeri perspective, today Carlton city is home to Australians aboriginal organisations and residents, such as the Lowitja Institute.

The name for the street originated  from Lord Lygon who was a British parliament  minister in 1830s in Commonwealth Australia.

The street spans more than a few miles  running north to south in the inner northern suburbs of Melbourne city.

At the southern most point it connects to Russell street at the city centres city of Melbourne Hoddle Grid.

In the north it runs from Carlton to Albion street in East Brunswick suburb.

The Lygon is a geographical marker at the heart of Carlton though. The street Built in 1916, the electric tram route of 1 and 8 meets Lygon street at the corner of Elgin street in Carlton.

The delis, bakeries and gelato are superb.

The restaurant’s seating areas spill out on to the street making you feel you have magically entered Rome and you are sure to spot plenty of gingham tablecloths – because that’s what Italians do, right?

The food gets a bit of a bad rep so don’t expect to feel totally transported.

However, this famous street is well worth a visit for the smells and sights alone.

END_OF_DOCUMENT_TOKEN_TO_BE_REPLACED 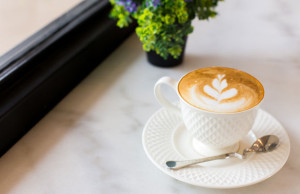 Little Italy in Down Under. "The Best coffee in Melbourne"