Sunshine coast stands for its name: endless stretch of white-sand coastline with laid-back atmosphere completed by pristine nature and never ending sunshine. That all, indeed, sounds truly like a paradise which might serve as Sunshine Coast’s second name

Sunshine Coast is a metropolitan area within the state of Queensland located around 100 km north of Brisbane.

Thanks to the progressive development during 19th century, Sunshine Coast has become an important spot for tourist industry.

History of the area dates back to 1770 when part of the coast and Glass House Mountains were first seen by James Cook.

During 1840s the district served as a home for convicts and the whole area suffered due to the Gold Rush and timber economy exploiting the environment.

Finally after the World War II the popularity of Sunshine Coast as holiday region and surfing destination has started to rapidly grow and the region nowaday belongs to one of the fastest growing ones in the whole country with increasing number of businesses within the area.

Sunshine Coast serves as a great centre for tourism with highly appealing climate throughout the whole year and plenty of natural jewels and visitors attractions.

Some of the biggest highlights include the Steve Irwin’s Australia Zoo, The Big Pineapple structure, the UnderWater World marine park, The Buderim Ginger Factory or the Aussie World and the Ettamogah Pub. Sunshine Coast is however also known as a region with some of the most beautiful national parks with unique biodiversity.

Apart from surfing, this perfect holiday destination comprises of coastline ideal for wide range of water sports such as paddle boarding, kayaking and swimming but also other activities for those who like taking a run along the beach or hire a boat and cruise the tranquil waters.

The hinterland area around the Glass House Mountains is a natural gem hiding many natural parks as well as local cheese and wine treats for food lovers.

END_OF_DOCUMENT_TOKEN_TO_BE_REPLACED 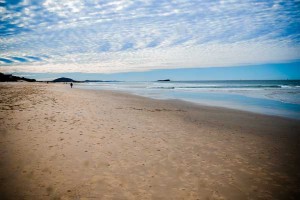 Sunshine coast stands for its name: endless stretch of white-sand coastline with laid-back…