You would hardly look for something with greater diversity than South Africa. It is a land with miraculously beautiful nature and epic sceneries, going from giraffes in safari, through magical desert to dolphins in the ocean and penguin watching on the beach!

South Africa is a sovereign African state located at the southern end of the continent. Thanks to the South Atlantic and Indian Oceans, it has an incredible stretch of coastline reaching almost 2.8 thousand kilometres. The surrounding countries are Lesotho, Swaziland, Mozambique, Zimbabwe, Botswana and Namibia.

The Republic of South Africa covers the area of 1.2 million square kilometres and the total population counts around 55 million people. The situation around official language is little bit more complicated – thanks to the diversity, there is 11 official languages (including English and Afrikaans, and then namely Ndebele, Northern Sotho, Sotho, Swazi, Tswana, Tsonga, Venda, Xhosa and Zulu).

Interesting fact remains, that English is not the most common one, even though it is the official language for science and commerce. Speaking of diversity, there is also a great representation of all ethnic groups as it is a multiethnic society.

It makes perfect sense that the diversity comes from the past decades and connection with the outer world. As a southern end of the continent, it was discovered and then colonised by Europeans (causing cultural blend).

Even before that, the location was also a perfect starting point for international and intercontinental trade with Asia and also the Middle East.

During the modern times, South Africa overcame racism and periods of suppression of black majority and transformed into a democratic country with rising equality.

The capital city of South Africa is also a tricky fact because there are three official capital. Cape Town is the capital in terms of legislative, Bloemfontein in terms of juridical branches and Pretoria in terms of executive and administrative governmental areas. However, the largest city is a completely different one – Johannesburg.

South African diversity is also reflected in almost every square meter of its landscape. The nature is a collection of picture perfect sceneries and terrains.

National parks, safari, waterfalls, endless beaches or the iconic Cape Point, pure tranquil ocean water, breathtaking mountain peaks and unspoilt wilderness with biodiversity and wildlife like nowhere else (some of the typical animals include rhinos, cheetahs, lions, leopards, hippos, hyenas or giraffes).. and then multicultural and vibrant Cape Town or Johannesburg on the other hand, cities which never sleep. South Africa truly is a real living miracle.

END_OF_DOCUMENT_TOKEN_TO_BE_REPLACED 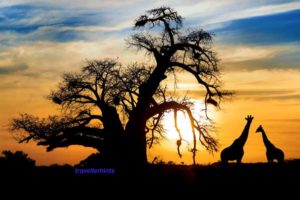 You would hardly look for something with greater diversity than South Africa. It is a land…